WIP Joy Challenge - Day Twelve: What Was Your Antagonist's Past Like? 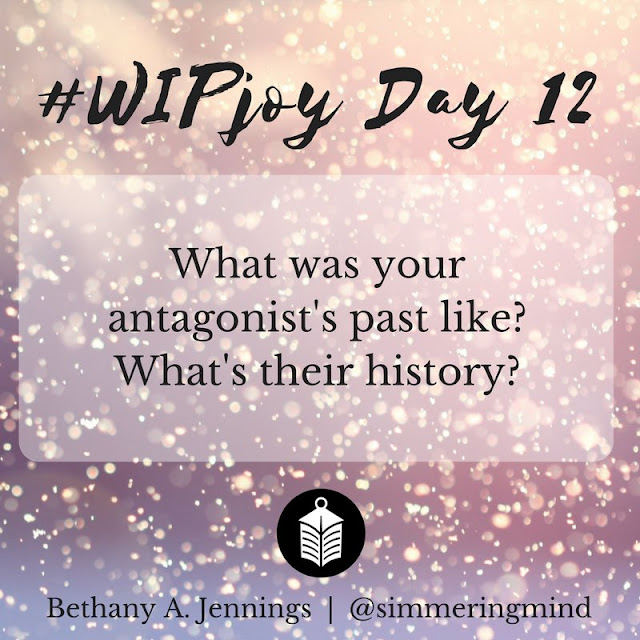 My age-gap romance has two antagonists.

The first is soap actress Courtney Sinclair, who DOES NOT get along with my protagonist Jade at all; in fact, I'd go as far as saying she bullies Jade.

I haven't given much thought to why Courtney is the way she is. She's just one of these arrogant people who believes the sun shines out of her arse, and everyone should bend to her every whim, so when someone doesn't, she goes to war with them.

I guess it stems from growing up as a spoiled child and teen, getting anything she wanted, including lots of attention because of her natural good looks.

The second antagonist is Seth's ex-wife, Tessa, a former Page-3 model, who is actually vary similar to Courtney on the surface, but the reason behind her behaviour runs much deeper.

Their relationship was the classic tale of rock-star marries model, that you see a lot in real life celebrities.

Tessa was happy to live the celebrity life, and hoped her marriage to Seth would further her career. But after a few years of her aspirations of being an actress not taking off, Tessa decided instead that she'd devote her life to being a mother, and quickly convinced Seth to try for a baby - even though he was struggling with a cocaine addiction at the time.

However, motherhood wasn't what she imagined, either, and with Seth still away a lot (first in rehab and then trying to reignite his music career) Tessa became bored and lonely, and turned to alcohol and partying to combat this.

Eventually their marriage broke down, and when Tessa shows up the the story, they're in the middle of a divorce.

She doesn't want to be with Seth anymore, but she can't stand to see him happy with someone else, either, when she is so miserable, so she tries to cause as much trouble between Jade and Seth as possible.