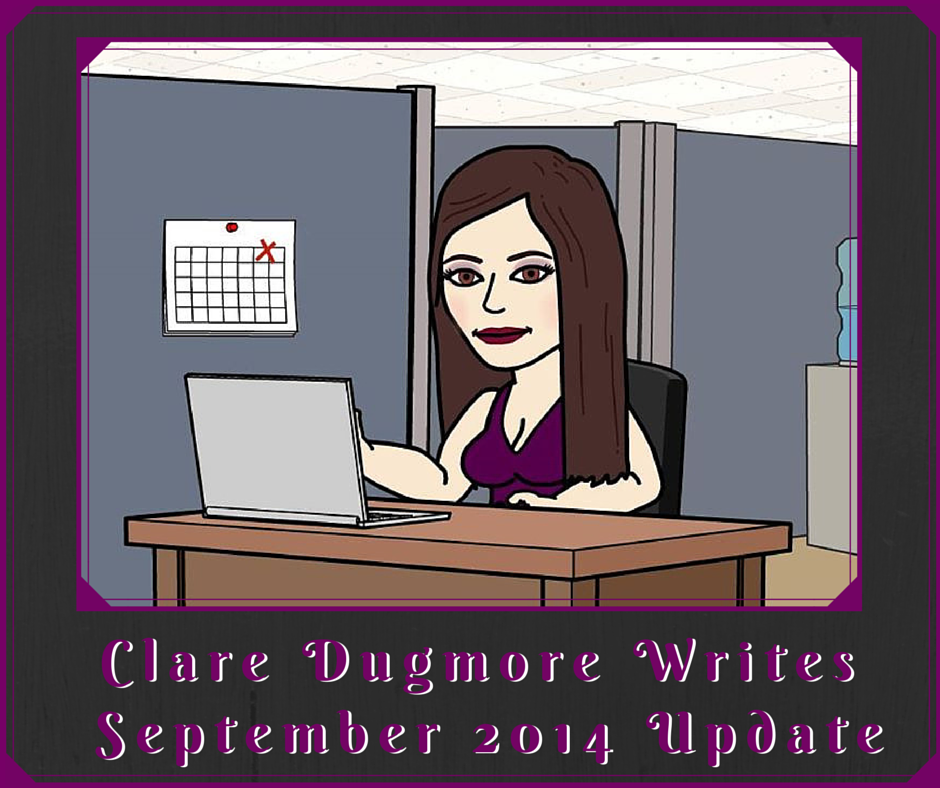 So, it's been a while since I properly updated, hasn't it? The reason being ... I simply haven't had time.

Work at Curiosity Quills is as busy, but fun, as always and with around eight books a month released, you can understand why I've been so busy.

Plus, for all of August, the kids were off school. It's pretty much impossible to be productive with an eleven and a four year-old running around! On top of that, Oldest started Secondary School and Youngest started Primary School in September, so there was a lot of preparation for both to do. The good news is, both boys have settled in wonderfully.

Now that September is coming to an end, I feel more in routine with work, writing and blogging, so hopefully I can update more often.

Funnily enough, I have been blogging more recently, only over at CQ. I now have a weekly blog there. If you're interested, the posts can be found here:


Writing-wise, I'm just getting back into the swing of things. I've gotten Order of the Ancile Book One - which now has a title, "Liches, Lipstick and Love" - back from all but one critter, so I'm slowly working through their revision notes.

I'm also planning the future books in the series, and somehow managed to write 3000 words for book three. I don't know if any of them will stick though, the main characters keep wanting to have sex! lol

I've also come up with a series synopsis, titles and blurbs for each book in the series. If you're interested, they can be found at the Order of the Ancile tab.

At the beginning of the month, I took part in Kyra Lennon's Charity Cat Anthology Blog Hop, with my entry "The Luck of the Cat." I liked the story so much, in between working on Ancile books, I might actually turn it into a full-length novel. We'll see ...

That's pretty much it for my September, so I'll leave this entry here. I'll try to update again next month, and no doubt throughout October, I'll have cover reveals, book launches etc. from my fellow writing buddies to share with you!

Comment to let me know what you've been up to, and what's going on in your world. I'd love to hear your updates!