Today I'm excited to be taking part in the cover reveal for Sharon Bayliss' Destruction (Book One of The December People Series), a family drama about dark wizards living in Houston, scheduled for release 4/14/14. 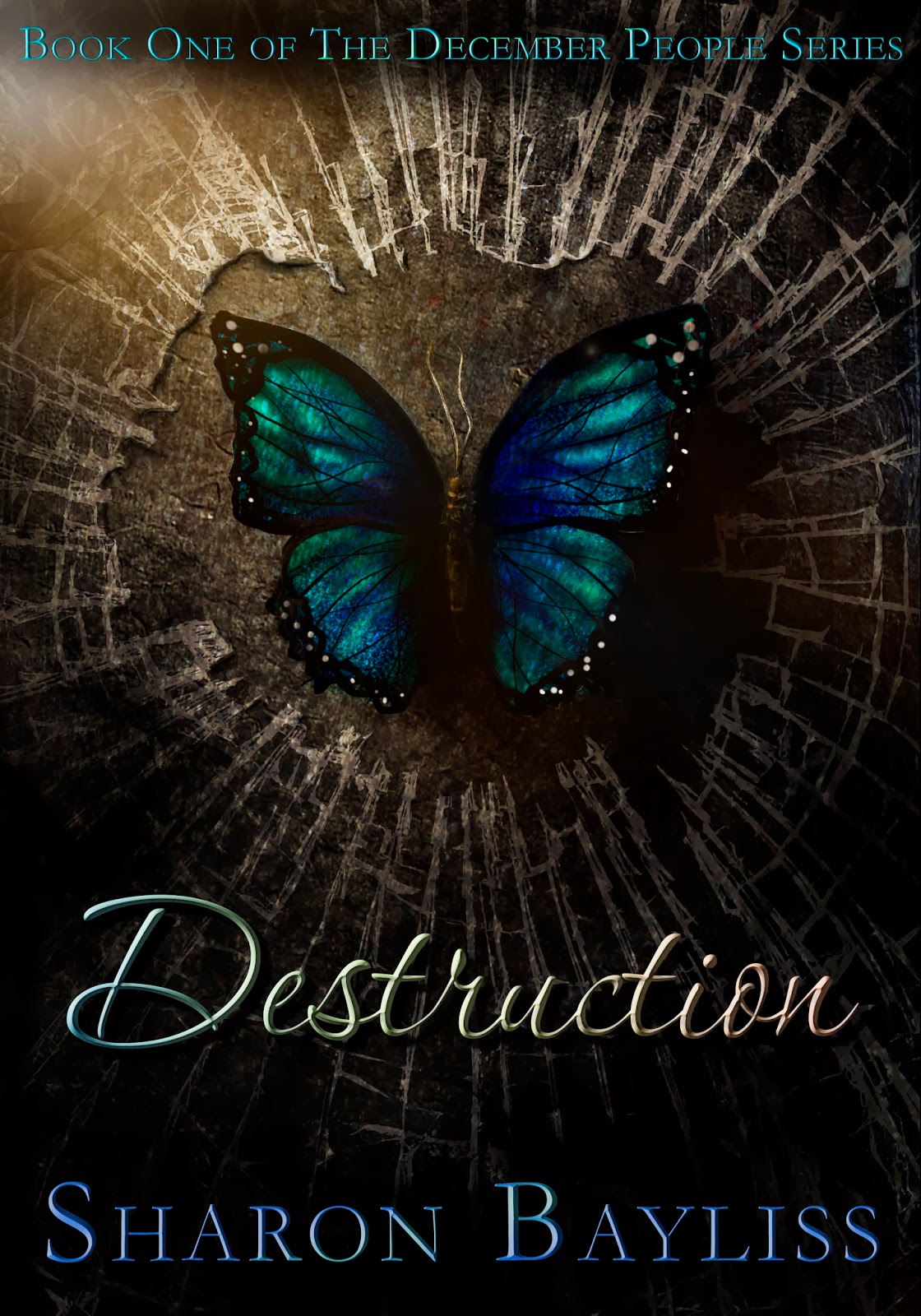 David Vandergraff wants to be a good man. He goes to church every Sunday, keeps his lawn trim and green, and loves his wife and kids more than anything. Unfortunately, being a dark wizard isn't a choice. Eleven years ago, David's secret second family went missing. When his two lost children are finally found, he learns they suffered years of unthinkable abuse. Ready to make things right, David brings the kids home even though it could mean losing the wife he can’t imagine living without. Keeping his life together becomes harder when the new children claim to be dark wizards. David believes they use this fantasy to cope with their trauma. Until, David's wife admits a secret of her own—she is a dark wizard too, as is David, and all of their children. Now, David must parent two hurting children from a dark world he doesn’t understand and keep his family from falling apart. All while dealing with the realization that everyone he loves, including himself, may be evil.

I also have a special message from Sharon Bayliss:

"The butterfly will show up on the cover of all four books in the series, as a symbol of redemption, hope, and re-birth. Despite the dark themes in the series, I believe that the most important themes of the series are hopeful ones, such as love, family, and triumph against adversity, which is why the butterfly is in the center. The broken glass surrounding the butterfly rather obviously symbolizes the concept of destruction, which is also a central theme. The title Destruction refers to the fact that dark magic is inherently destructive, but also refers to how a person can be destroyed, in body or soul. One thing I was sure of, I wanted the word, Destruction, to be in "pretty" letters. I loved the contrast of having a dark and violent word look beautiful. This also fits the theme, as I wish to show the beauty in darkness and destruction, and the good in people who are supposed to be evil."

An avid daydreamer, Sharon Bayliss has lived in magical version of Austin, Texas for her entire life. So, using a fantastical, alternate history Texas as a setting for her debut novel The Charge, was just “writing what she knows”.

To her, nothing goes better with barbecue and live music than robots and superhuman royalty.

As a child, Sharon lived on a 6 ½ acre patch of land with cows for neighbors. She enjoyed playing in mud, collecting frogs, and was so certain that there was a ghost in her closet that her mother admits that she half-expected to really find one there.

She began writing her first novel at the age of fifteen (handwritten in a spiral marked ‘private’). A proud Austinite, Sharon never saw much sense in moving anywhere else and got her degree in social work from the University of Texas at Austin.

As an author and social worker, she has devoted her life to making the lives of real people better and the lives of fictional people much, much worse. In addition to her official credentials, she is also an expert in fictional Texas history and make-believe neuroscience.

When she’s not writing, she enjoys living in her “happily-ever-after” with her husband and two young sons. She can be found eating Tex-Mex on patios, wearing flip-flops, and still playing in the mud (which she now calls gardening).