H is for Hartley

I hope everyone had a fantastic Easter weekend. Thanks for your continuous comments and support for my entries on the A-Z Challenge.

I'm back today with a scene that acted as a catalyst for the world as we see it in Sibylline Nights. Enjoy. 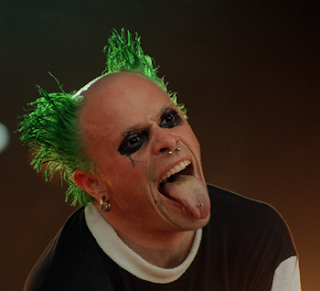 The mention of the Hartley incident had Maggie intrigued. She remembered learning about the disaster in history class at school, but the lesson had been vague and covered only the basic facts. Maggie wanted to know who Hartley had been, and why he'd committed such an atrocity.

She crossed the warehouse and booted up the computer. Hopefully there was something on the vast expanse of the Internet that would enlighten Maggie as to what happened on that fateful day in nineteen-eighty-six.

The Wikipedia entry was almost as vague as her history lesson. All the article contained was an image of a man in his late twenties, his hair styled into green reversed Mohawk and wearing black eye liner. Along with the picture was an official statement from the government.

On July twenty-eight, during a peaceful rally, outside the Houses of Parliament, protesting against the Paraphysiological Beings Registration Act, John Leroy committed an act of terrorism that killed twenty people, including one government official. His actions cemented the fact that those with above human capabilities need to be closely regulated and monitored.

Maggie had known most of this. The only new information she got from the Wikipedia entry was the name of the terrorist. What she didn't know was what John Leroy had done or why the catastrophe had since become known as the 'Hartley Incident'.

With a name to go on, Maggie typed "John Leroy" and "Hartley" into the search bar of YouTube. The first ten videos the search found were all pretty much the same; news reports that parroted the official government statement on the incident.

Maggie still didn't know what had happened to turn the argument of the Registration Act. Up until the 'Hartley Incident' both the government and nation had been divided on their stance regarding people with magical powers. Those who wanted witches regulated and monitored equalled those who thought the Act was an infringement on freedom and that as long as witches were abiding by current laws, they should be left alone. However, months after the incident, when a second referendum was called to vote on the Act, it passed with a majority of eighty-five percent.

Whatever John Leroy had done, he had changed people's perceptions of witches forever.

Maggie scrolled to the second page, and clicked on a video at random. She doubted very much it would contain anything different from all the other clips she'd seen, but it was worth a try.

She knew as soon as the video started that this one was going to be different. It wasn't an official news report, but rather a shaky and grainy home video.

"This is Angela Lamb, reporting for The College of Haringey, Enfield and North East London. We're currently outside the Houses of Parliament, in London's Westminster, following the progress of a protest against the proposed government Paraphysiological Beings Registration Act."

The camera panned from Angela, who to Maggie looked like an average college student in her late teens, to the crowd gathered outside the Palace of Westminster, where a throng of hundreds had rallied.

The camera picked out various signs - Freedom for Witches, Say No to the PBR Act, Equal Rights for those with Magic – while Angela continued to speak. 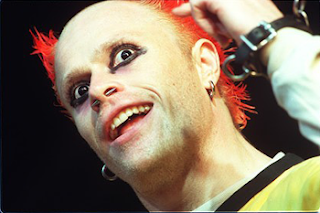 "As you can clearly see, protesters are acting in a peaceful manner, showing their objection to the
act with placards, banners and a petition signed by almost ten percent of the population.

And now we see the government representative for Battersea, Albert Dolton."

The camera moved to show the MP leaving the Houses of Parliament. He looked like any other politician Maggie had seen, greying, in an expensive suit, and a frown on his face.

"We seem to have some commotion as Albert Dolton makes his way through the crowd. A group of about twenty protesters have surrounded him."

Those weren't any ordinary protesters, Maggie thought as she watched the video. All of them were wearing clothes in the fashion popularised by the Sex Pistols; ripped skinny jeans, faded band t-shirts, Doc Martin boots and leather or denim jackets. Maggie couldn't see a natural hair colour within the group, everyone was sporting brightly coloured Mohawks or skinheads.

From the gang emerged one man. Maggie instantly recognised him as John Leroy. He looked almost exactly the same as he had on his Wikipedia picture, the only differences being that his reverse Mohawk was now red, and he had a ring through his nose.

"Oi," he said in a snarling tone, as he approached Albert Dolton. "You and me need to have words."

Two security guards tried to intercept the path of Leroy. Members of his gang surged forwards, clipping the guards in the back of the knees with lead pipes, sending them crashing to the ground.

"I'm afraid I don't have any new information for you at the moment. We're taking a recess for lunch. I was just going to my car - "

"I don't give a shit what you were doing. Me and the lads wanna know why you think it's okay to treat people like animals."

The gang around him laughed like a pack of hyenas.

"I never said you were. Please, Sir, calm down."

Maggie thought Leroy looked anything but. He was pacing backwards and forwards in front of Albert Dolton, his hands clutched at his side. She could see a vein in his temple throbbing as he clenched his jaw. Despite his insistence that they weren't animals, Leroy looked like a caged lion.

Leroy grabbed at the front of Albert Dolton's jacket, pulling the MP close to him, so that their noses were just inches apart. 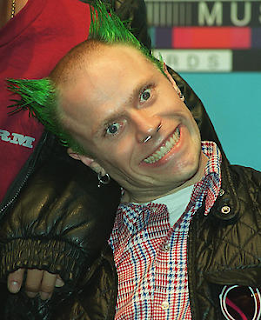 "Unhand me this instant."

Leroy shoved Dolton back, and the politician stumbled.

"You're not endearing me to your cause. If this is how your kind behaves, perhaps we should pass the registration act."

Leroy's head snapped up and he fixed Dolton with a chilling glare.

"You wanna see how us witches behave?"

Leroy, whose fists were clenched at his sides, raised his arms to the skies. He opened his palms and shouted to the heavens.

The sky turned red, like it did at sunrise or sunset, and all the clouds cleared.

The world around them went deathly still, even the birds in the nearby trees stopped chattering.

Then it started to rain. Only it wasn't droplets of water falling from the sky. Chunks of rock, their red tails spreading out behind them like banners in the wind, started rushing to earth. Most of them were golf ball in size. The unnatural shower sent the crowd gathered outside the Houses of Parliament scattering.

Angela Lamb continued her commentary, as the camera moved from Leroy to the stampede of people now scrambling to get away.

It flashed back to Albert Dolton, who had been surrounded by Leroy's gang and couldn't escape.

Leroy, his hands still raised in the air, clapped them together. The sky darkened and a rumbling like thunder was heard.

The comets trebled in size. One impacted with a car, denting the roof, and setting the alarm off.

Those who still stayed at the scene screamed, and began rushing away in every direction.

Angela Lamb remained, her camera focused on Leroy, who was staring intently at Albert Dolton, as his group kept the MP trapped. 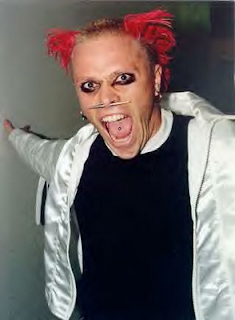 A vicious smile flashed over Leroy's face, and a comet came hurtling towards the politician. It connected with his skull. Maggie winced as Dolton's neck shifted entirely to the left of his spine. His legs buckled and his arms flailed at his sides. The impact of the comet sent Dolton's body spinning through the air like a rag doll. As his body landed, his limbs splayed at irregular angles on the ground, while blood began to pool around his head.

Angela shut off the camera.

She scanned the uploader's notes. Apparently, after the incident, newspapers dubbed Leroy 'Hartley', based on the magical abilities he had displayed and a comet of the same name discovered that year.

Shocked, and feeling sickened at what she'd just witnessed, Maggie shut down the computer. She wondered what her life would be like now if "Hartley" had never acted. It was because of Hartley that people like her now lived in constant fear of the PID.