D Is For Dawn Reid

Again, thanks for all the comments yesterday on C is for Coven. I'm flattered so many people are interested in my novel.

Today we take a look at the triplets' mum, Dawn. Enjoy.


"We want to know more about our mother," Esmee said. Just behind her stood Maggie and Nola. All three of them had hopeful expressions on their faces. "Can you tell us about her?"


"You mean with my empathy? Like when you gave me the locket?"


"Yes. Exactly like that. You'll need to be touching both me and your sisters for it to work though."

The four of them gathered around the dining room table. Betty held out her hand, palm up and Esmee covered it with one hand. Esmee laid her other hand on the table for her sisters to cover with their own hands.

Esmee felt the power wash through her and then the images started assaulting her mind. She heard Maggie gasp, before the present faded away and became engulfed by the past.

Betty, looking younger - her hair no longer streaked in grey and the lines absent from her face - sat upright in a hospital bed. A doctor approached her.

"I'm pleased to announce you have a daughter."

The doctor passed a bundle swaddled in a yellow blanket into Betty's waiting arms.

She looked down at the baby, just minutes old, and smiled. She had a faint cap of red hair that was soft and downy to the touch. The baby yawned and opened it's eyes for the first time. Already they were bright green; just like her father's.

"He will love you as much as I do when he sees you," Betty said to the baby.

On the tag, in the midwife's neat handwriting, was the date and time of her daughter's birth.

"Born on the dawn of the summer solstice," Betty said affectionately. "Dawn, yes, that is the perfect name for you."

Betty stood at the sink, washing the lunch dishes. Through the open window she could see and hear Dawn playing on the swing set in the garden. Her giggles filled the air as she pumped her legs harder, and flew higher. 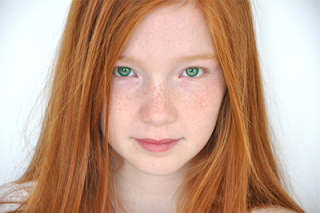 Betty noticed the higher Dawn swung the more she seemed to glow. At first she thought it was the sunlight reflecting off her. But as Dawn squealed in delight, and light radiated from her, illuminating the whole garden, Betty realised what was going on.

Dawn's magical powers, which she was sure to have as both her mother and father were witches, were manifesting. Betty was surprised, as magical powers normally surfaced in a child's teens, but Dawn's were emerging at just ten-years-old.

Realising what was happening, Dawn jumped from the swing and ran across the garden to the back door. Betty was waiting on the doorstep for her.

"Is this my magical ability? Like yours and Daddy's"

"It is. But first I have to take you to a special doctor, just to make sure."

"Just a few tests my dear. It will be fine, I promise."

Betty and a bored looking Dawn sat on grey plastic seats in a white corridor. Dawn swung her legs, that were clad in bright yellow Wellington boots, backwards and forwards in time with the ticking of a nearby clock.

"When will Mr. Yarwood be back?"

As if summoned by the mention of his name, the door opposite to where Dawn and Betty were sitting opened, and Mr. Yarwood, the PID agent who had assessed Dawn earlier, emerged.

"Please, come into my office."

Betty lead Dawn into Mr. Yarwood's office and they both sat on chairs opposite him, separated from by a large oak desk.

"We have Dawn's test results," he said. "Your daughter has the ability to generate light that radiates from her body. The highest temperature we were able to record was equal to a hundred watt light bulb. Though it seems your daughter possesses a second ability that protects her from her own power, and she does not receive any burns from the energy she expels. Of course, she will need to be properly trained to use her ability, and as she matures brought into a coven. But I trust you and your husband can do all of that through your own coven. All that we require is that Dawn signs in once a month, to the agent you and your coven report to."

"Yup!" she smiled at Mr. Yarwood as her skin glowed brightly.

"She really is a lovely little girl. A joy to have around. I wish you and your daughter all the best for the future." 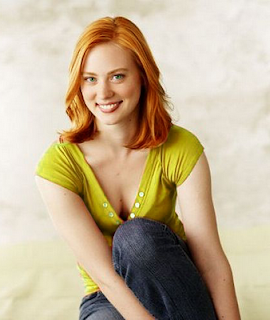 "I really thought he was different," Dawn sobbed. She was older now, in her late teens. Her red hair was cut into a striking pixie cut that showed off her high cheek bones.

Betty sat at the end of her bed, rubbing her daughter's leg comfortingly. Two untouched mugs of hot chocolate stood on the bedside table.

"He didn't care about me though. He said we're too young to be settling down, and that me coming to stay with him was a mistake. Daddy was right all along."

"I'm sorry, darling. I wish there was something I could do to make you feel better."

"Blast him with a bolt of lightning?"

"I know. It's not right to use magic to hurt someone else. And I don't want to hurt him, not really. I just want to forget I ever met him."

"Time is the greatest healer. Just give yourself a chance to get over the pain."

"Not now that you've come home."

"I should tell him I'm sorry and that he was right."

"That can wait. Just rest up first. You've had a long day."

"Hopefully a good night's sleep will make me forget I ever liked Timothy Whelan."

"I'm sure it will. Sweet dreams, darling." Betty kissed Dawn on the forehead and tucked her into bed. Sometimes, no matter how old, a child still needed their mother.

"He's not coming back, is he?" Dawn sobbed. She was little older than the last vision, though her hair had grown out to her jaw. She was curled up in ball, in an armchair.

"I'm sorry my dear. I'm afraid your father is gone," Betty said, her own cheeks stained with tears.

"What happened to him?"

"His powers overwhelmed him. He wasn't able to control them."

"I don't think so. His power's consumed him. He's in a better place now."

Dawn sniffed and nodded her head. "I understand."

Mother and daughter lapsed into silence, and after a few moments Dawn rose from her chair, crossed the room and climbed onto the sofa next to Betty. Dawn crawled into her mother's lap, and Betty started to gently stroke her hair. 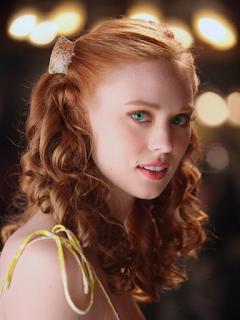 "Mum! Mum!" Dawn called, entering the darkened house. More time had passed since the last vision. Dawn's hair was long again, reaching her waist, and was currently tied in a single braid.

She waited in the hallway for her mother to appear. "I have some wonderful news."

Betty came rushing down the stairs of their home.

"What is it, sweetheart?"

Dawn flashed the diamond engagement ring that was on her left hand. Betty didn't know what was brighter, the glitter of the gemstone or the light radiating from her jubilant daughter.

The house was decorated for the wedding, and the guests were due to arrive in half an hour. Betty made her way upstairs to Dawn's bedroom and knocked on the door gently.

Dawn was sat at the dresser, in front of the mirror, braiding a lock of hair on her right hand side. On the left another lock was braided and pinned behind her ear. The rest of her long hair was down and slightly wavy. 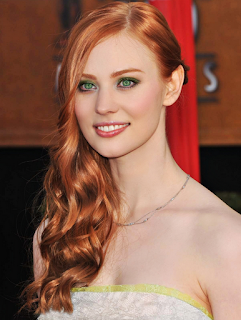 She was wearing her ivory wedding dress, accented in yellow. Her veil waited on the dresser.

“Shall I help you with that?”

Dawn nodded and Betty crossed the room and continued to braid her daughter's hair. It had been almost ten years since she'd last done this.

“I wish Dad could be here.”

“He'd be very proud of you, and I'm sure he'd tell you how beautiful you look.”

“Thank you.” Dawn glowed, but for the first time in years, it wasn't due to her magical ability.

Dawn sat on the sofa, her hand curled around a yellow mug of camomile tea, her stomach swollen with three babies who were due to make their first appearance in the world in just a few weeks.

Betty sat on the opposite end of the couch, also drinking camomile tea.

“Mum, quick. Come feel. One of the triplets is kicking.”

Betty laid her hand on Dawn's stomach as a foot kicked sharply.

“That one's going to have real spirit.”

Sitting up in bed was Dawn, her hair pinned back and her eyes heavy, as she gazed down at the three babies nestled in her lap.

Betty approached her daughter and granddaughters.

Each baby was the spitting image of Dawn when she was born. Their tiny heads covered in downy red hair.

“They're beautiful Dawn. I'm so proud of you.”

Dawn beamed. “Thank you. I couldn't have done it without you, Mum.”

Betty withdrew her hand, tears running freely down her cheeks. She looked to Maggie, Nola and Esmee. All three of them had tears in their own eyes.