C is for Coven.

Once again thank you all for the comments on B is For Betty Leahey. Your support and interest in my novel is greatly appreciated.

Today I bring you another scene from Sibylline Nights. Enjoy.


The group muttered their assertions of thanks, and one-by-one sat down at the table, with Betty at the head.

Her eyes flicked around the table, noting faces that were still new to her, as she counted in her head how many were there.

"What do we do now?" Maggie, who was sitting closest to her grandmother, peered over seeking leadership.

"There are a number of things we need to do first, like setting up wards and making sure the PID don't find us."

She rose from her chair and headed to a cupboard on the far side of the room. 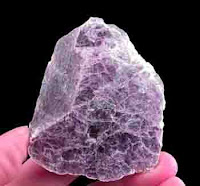 From the cupboard she withdrew a large brown cardboard box and carried it to the table. Maggie, who was sitting closest to her and ever curious, peered into the box. She rummaged around for a few moments before pulling out a yellow candle.

"What are these for?"

"Casting different types of wards. First we're going to need one to guard us from the PID." Betty sat back down and withdrew from the box blue and white candles, as well as a handful of smooth gemstones in sandy hues and shades of grey, and then a second, these ones rougher and coloured violet. "Agate and Lepidolite for protection."

Rising from her seat again, Betty walked around the edge of the room, placing gemstones and candles at random intervals as she went. 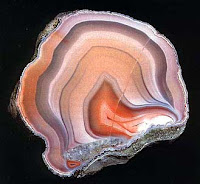 "Form a circle in the centre of the room." Everyone began rising from the table to do as they were told. "Although we all have our own individual abilities, every witch has innate magical energy. If we channel that power with the right gemstones, candles and words, we can create powerful wards."

They group formed a circle in the centre of the room, leaving a gap in the northern position for Betty herself.

"What about me?" Sebastian looked up meekly, out of place amongst twelve witches. "I have no magical abilities."

"Not strictly speaking you don't. However you can still add your energy to the ward."

"My energy? How? The PID taught us that your abilities come from a genetic abnormality."

"I'm sorry. Damn it. It's what the senior agents call it. I didn't mean to offend you."

"Non taken. What they say is true in part, but not the whole story. The PID try to explain everything with science. It runs deeper than their understanding though. Magical energy exists in everyone and everything. However there are some people born with a genetic advancement that allows them to channel this energy in various ways."

"What dictates who has an ability?" Maggie called over, intrigued by the conversation between her grandmother and Sebastian. "Biology and DNA. In most cases the gene that allows as person to preform magic is hereditary, and you usually find that people in the same family have similar or interlinking abilities."

"Like me, Esmee and Nola? Our abilities are all mental based to varying degrees."

"Exactly!" She addressed the group as a whole. "Everyone join hands and repeat after me." 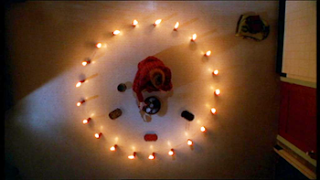 Betty stood tall and proud, with her arms raised to the skies. Her expression changed and her eyes became focused on some unseen object in the distance.

When she spoke her voice wasn't its usual soft warm tone, but commanding like that of a motivational speaker.

"Power of the astral plane, I call on you now."

The others repeated Betty's words. Some, like Georgina with the confidence of a person who had done this sort of thing before, and others, like Nola, a little sceptically.

"Spirits I call on you and ask for your protection."

The air around them crackled with static electricity. One of the candles flickered and went out. Sebastian jumped slightly.

"Guard this warehouse and all who dwell here from harm. "

For an instant the warehouse was washed with a pale blue light. Every sound in the room ceased, and silence descended for a moment.

"Protect those within from danger." 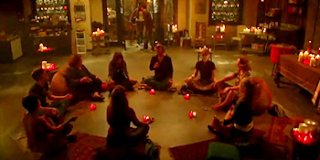 The group copied Betty, those who had seemed sceptical at first now displaying the same vigour as the others. Only Sebastian still looked unsure, though he was speaking along.

"I command you now will all my power and all my being."

A soft humming noise, like the thrum of a refrigerator , could be heard that steadily grew louder and louder until it threatened to overwhelm everyone in the warehouse.

The blue haze that had descended turned blinding white and everyone was forced to close their eyes.

The humming stopped, the sounds in the warehouse returned to normal and one-by-one the members of the coven opened their eyes. When they did the saw the blinding light had faded.

"It is done. No one will be able to find this warehouse, let alone find us, without my permission."