B is For Betty Leahey

First off, huge thanks to everyone who dropped by my blog yesterday for A is for [the] Arcane Abilities Alignment Centres.  The comments and responses to my first letter were really encouraging, and I'm glad you're all enjoying these little snippets from my novel.

Maggie, Nola and Esmee turned back to the elevator just as the doors rattled open.

Out stepped an old woman of about sixty, accompanied by a scared looking PID agent. 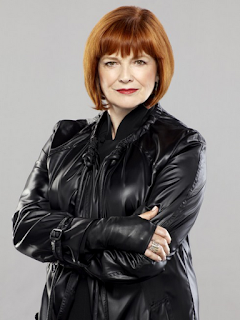 The woman was vaguely familiar, with jaw length auburn hair, that was streaked with grey. She was wearing a simple grey smock, matching trousers and plain black shoes. She looked utterly unremarkable.

"Blast her," Nola said to Maggie.

"No need for that," the old woman said. She flexed her fingers and the hallway was illuminated by a blinding white light. The elevator bell chimed, and the striplights overhead blinked out. The sisters were stunned and chose not to advance any closer. The heat was palpable as thin currents of electricity crackled along the ceiling, walls and floor. "I mean you no harm."

"Really? Then why did you just try to electrocute us?" Maggie said.

"To get your attention. I wouldn't have hurt you though."

"Why should we trust you?" Nola said.

"Because I'm Betty Leahey, your maternal grandmother." Her brown eyes pleased with them to believe her. She put her hands in the pockets of her smock and took a tentative step forwards.

Esmee took a tiny step towards Betty, a small smile tugging at her lips. She couldn't take her eyes off the woman claiming to be her grandmother. Maggie studied Betty closely, looking her up and down to take in every little detail. However, unlike Esmee, she had taken a step backwards. Only Nola remained where she was, looking directly at Betty and refusing to break eye contact; her head defiantly tilted upwards.

Sebastian, who was a pace or two behind Betty regarded the three girls, in their late teens, steadily.

"Oh well now this is really pushing the perimeter of believability," Nola said, the disbelief clear in her tone.

Overhead the striplights flashed back on and the hallway was once again washed with unnatural light.

"Your names are Magdalene, Nola and Esmee Reid. You were born on the first of May nineteen-ninety-three, to Dawn and Finn Reid."

"You could have found that out from the PID," Esmee said.

"Yeah, you've got one with you now. He probably told you."

Somewhere in the distance an alarm sounded, and the triplets all turned in the direction of the noise.

Betty pulled their focus back to her with a small cough.

"Sebastian is my friend, and he's helping us escape. If you want more proof that I'm your Grandmother, look at this." 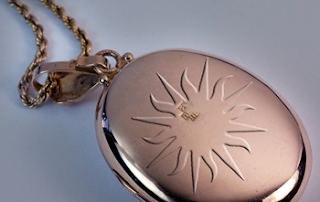 Betty reached into her blouse and pulled out a golden locket. It was simple and plainly decorated, smooth apart from a sun embellished on the front, and on a long gold chain. The metal gleamed in the light as though it had been recently polished.

She opened it to reveal a picture of a woman in her early twenties with long red hair and bright green eyes. In her arms she held three babies, all with the same shade of eyes as their mother, and tufts of coppery hair. Behind them stood a smiling man with dark jaw length hair and blue eyes.

"Your mother and father," Betty said, holding out the locket for Esmee to take. 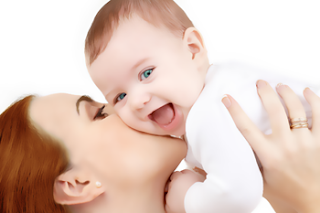 A jolt of power ran through Esmee and her head was filled with visions. Her mother and father on her first birthday, as they sat playing with her and her sisters. The memory pulled her in, as though she were reliving the picture in her mind. The locket was around her mother's neck, as she span one of the babies around in circles. Her heart ached and for a moment Esmee thought the reliving her past was going to overwhelm her.

Suddenly the vision changed and the scene of her childhood faded.

Now, her mother's locket being placed in a police evidence bag by a uniformed officer. Blood tarnished the smooth gold. Esmee's stomach roiled as she realised what the blood was from.

But before she had time to linger on the thought the image changed again.

This time a friendly-faced PID agent, Sebastian she realised with a jolt, slipped the locket through the gap in the door of Betty's cell.

Betty smiled, took the trinket from him and placed it in the pocket of her smock. The vision faded to blackness.

For a moment Esmee could not speak. Her throat felt uncommonly dry, and the tears in her eyes clouded her line of sight. Wordlessly she handed the locket back to Betty. 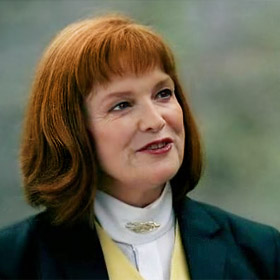 "She's … telling the truth," Esmee said, tears slipping down her cheeks. "This is our grandmother."

Esmee stepped forwards and stood besides Betty. Maggie was quick to copy her, leaving only Nola opposite her sisters and grandmother.

"Happy family reunions will have to wait a while longer, we need to get out of here," Sebastian said from behind.

Maggie looked along the corridor to where the first of the PID agents were waking."He's right."

They all piled back into the elevator and Nola hit the button for the ground floor.

Contents of all A-Z posts.