A is For (the) Arcane Abilities Alignment Centres

"If we're going to defend the facility and stop Irie breaking William out, wouldn't it be useful if we knew the history of the centre?" Maggie said.


Nola snorted and rolled her eyes. "You can't find the answer to everything in a book."

"No, but your sister does have a good point. Sebastian, would the PID system have any information on the Arc?" Betty said. 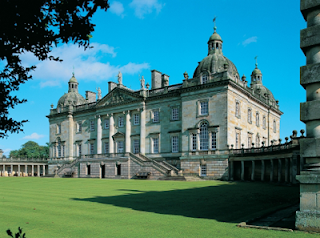 "You know, it might. I remember this orientation video when I first joined that gave a history of the facilities. Let me see if I can find it in the archives." Sebastian crossed the warehouse that was their living area and went to the computer desk.

He booted it up, and then using the loophole he'd put in place, hacked into the PID mainframe. "It shouldn't take me more than a few minutes."

Georgina continued cleaning away the dinner plates as they waited, and Esmee busied herself by making a pot of tea. She set it, and enough cups for everyone, down on the dining table.

Then she took a cup for herself and Sebastian over to the computer. "Any luck?" she said sitting on a chair beside him.

"Yes. Just accessing the archives now. Everyone gather round."

The thirteen coven members grabbed chairs from around the dining table and pulled them over to the computer area so that they could all see the video Sebastian had loaded. 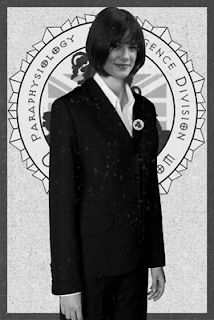 Everyone fell silent as he hit play.

The informational film started. It was in black and white, and the quality was grainy, but the audio was good and the picture could be made out reasonably clearly.

Standing in front of a screen, with the PID insignia - familiar from Sebastian’s I.D card - printed on, was a woman in her mind forties.

Her dark hair was styled in a sleek bob with a fringe that reached her eyebrows. She wore a formal suit with a PID badge pinned to the right lapel of her jacket.

"The first Arcane Abilities Alignment Centre was founded in nineteen-eighty-seven, after the Hartley Incident. With government officials giving the go-ahead for the Paraphysiology Intelligence Division, a facility was needed. The first was built in the nation's capital. Since then another six facilities have been built nationwide; in the South West, Midlands, Wales, the North, Scotland and Northern Ireland.

"The primary objective of the facility is to act as a base of operations for the PID. The Arcane Abilities Alignment Centre, commonly known as the Arc, serves as a home for agents. Additionally, it becomes a refuge for any persons with above human capabilities that can't control their gifts.

"The secondary objective of the Arc is to act as a facility where Paraphysical abilities can be tested for. Persons the PID suspect of having above human capabilities are taken here for assessment. When it is deemed the persons are of no danger to themselves or the public, they are assigned to a coven with a PID agent to oversee coven activities. 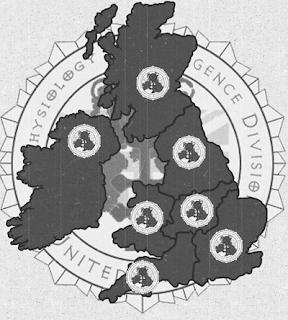 "In extreme circumstances persons with above human capabilities are deemed too dangerous, usually due to pre-existing criminal tenancies, and are held within the prison facilities of the centre." The video cut out at this point.

"Well that was interesting … " Nola said. "Now we know the history of the Arcs, but that doesn't help us defend the one Irie plans on attacking."

"No, it doesn't. But I may be able to pull some blue prints from the archive. Give me a minute."

Everyone waited with bated breath as Sebastian searched further in the PID's system.

He grinned proudly and pressed print. A moment later five pages, all containing layout information for the Midlands Arc, started flowing out of the printer.

"Excellent," Betty said. "This should at least give us some advantage over Irie."