E is for Esmee

Thanks to everyone who commented on D is for Dawn. It really means a lot to me.

Today we take a look at the first of the three main characters of Sibylline Nights, Esmee. And to introduce her to you I'm sharing with you Esmee's first chapter in the novel. 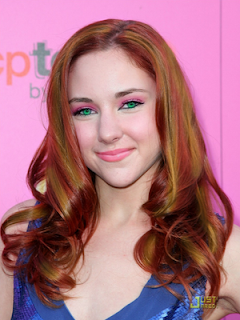 The clock ticked closer to four-thirty and Esmee watched as the hour hand inched towards home time. It had been an extremely long day.

Bending down to scoop up a handful of building blocks Esmee, the day care centre apprentice, Lauren, and the children began packing away toys.

Home time couldn't come soon enough for Esmee. Normally she loved the sound of happy children chatting as they played, but recently she'd been suffering from intense headaches. Her doctor had prescribed extra strength painkillers while he looked into the cause of the pain, but so far no explanation had been found and the medication did little to ease the tension.

When the room was cleared she and Lauren started helping the children on with their coats.

Taking the little girl with blonde pigtails to the bathroom, Esmee left the children in Lauren's capable hands.

When she returned to the cloakroom, Esmee's attention was instantly drawn by someone shouting. "Ouch!"

She left Ellie to put on her coat, and whipped around to see what was wrong.

"Esmee, we have a problem," Lauren said. "Sophie said Jamie bit her finger."

Esmee crouched down so that she was eye level with the child. "Is this true?"

Esmee pivoted on the spot and turned to Sophie. She checked her over and found there was indeed bite marks. Swivelling back to face Jamie she gave him a stern look.

"Are you sure you're telling the truth? Do you have any idea how Sophie got that bite mark on her finger?"

He chewed his bottom lip and buried his face in his hands.

"Don't worry. Just tell me what happened. I just want to make sure everyone is okay."

Esmee waited patiently as Jamie looked at the floor and shifted his feet nervously.

"I promise you it will be okay." She ruffled his blonde hair.

"Sophie is this true?"

"That's not a very nice thing to say. Apologise to Jamie please."

"Sorry," Sophie said with a pout, but after Esmee gave her 'the look' she stopped sulking. "I'm sorry."

"That's better," Esmee said, patting Sophie on the head and turning to Jamie. "Sophie shouldn't have said that, but that's not how we behave either. If someone says something nasty you need to tell a grown-up. You know biting is wrong. Say sorry to Sophie." 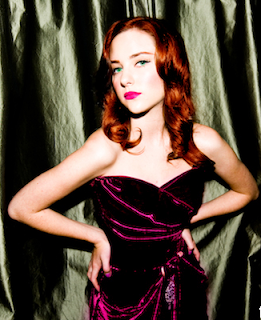 Esmee ushered Sophie and Jamie back into the cloakroom and sighed. She was worried about Jamie, this was the second time in as many weeks that he'd come to the day care centre with dirty clothes on. If she wanted to get to the bottom of this she knew she'd have to go home later than usual, but that was a sacrifice she was willing to make if it meant Jamie stopped getting teased.

She turned to Lauren. "Margaret will need to know about this. Will you be alright without me?"

Lauren nodded and Esmee made her way to the day care centre manager's office.

Looking at the clock, Esmee noted it was now four-forty-five. Dinner seemed to be getting further away. But she was doing a job she loved, so a few late meal times were a small price to pay.

Sitting down opposite Margaret, Esmee explained about Jamie biting Sophie and what Sophie had said. Then went on to add, "The thing is, he did come to in this morning with dirty clothes on. I recognised the outfit instantly as it was the one he was wearing yesterday, that Thomas had spilt beans on at lunchtime."

"Yeah. But Jamie told me then that he had gotten messy eating breakfast, and because they were running late his mum didn't have time to change him. I wrote it all down in the record book."

Margaret opened the day care centre record book. "There's also the bruise he had a month ago. We need to speak to his parents. Are they here now?"

Esmee peeked through the office window to see that most of the parents had collected their children. Only Jamie remained.

"No. Everyone has been collected apart from him. They're never on time."

"I'll give his mother a call."

Margaret picked up the phone, and dialled the number for Jamie parents' listed on the records.

"No reply," she said after a few moments. "And they've given no mobile number."

"I'll go and ask Jamie if he knows where they could be."

Esmee nodded and left the office, making her way back to the cloakroom just as Ellie was leaving with her parents.

"Getting there. You can go now, I'll take it from here."

"Okay, thanks. See you in the morning."

"Yeah, see you in the morning."

Esmee closed the day care centre door behind Lauren and locked it.

She was tired. Exhausted in fact. Hungry and sore too. She leaned back against the door for a moment and wondered if it was too early to take another dose of painkillers. Her head felt as though someone was using a pneumatic drill inside her skull.

Jamie was still at the day care centre, and despite Margaret's best attempts, his parents couldn't be reached.

It wasn't unusual for a parent to be late occasionally, especially Jamie's parents, but they had never been so late that everyone else had left.

She found him sitting at a table playing with the plasticine. She pulled up a chair beside him.

"Jamie, sweetie, do you have any idea where your mummy or daddy could be?"

Esmee's heart ached to say yes, but she knew it would only cause more trouble in the long run. It was at times like this when she found her job really tough. She could handle cleaning up sick and wiping away poo, but denying a child in need was never an easy thing to do. She hated herself for saying no, but she had no choice in the matter.

"You can't honey. The centre is closing, and we've all got to go home and have dinner."

"I don't have dinner at home."

"No? Do Mummy and Daddy take you out to somewhere nice? For a burger perhaps?"

Jamie shook his head again and looked at his shoes.

"You don't like burgers? Where do Mummy and Daddy take you then? Maybe they're there now?"

"To the pub. Sometimes I get a bag of crisps if Mum remembers."

"They don't buy you dinner?" Esmee's usual warm tone of voice took on an edge of caution. She knew first hand how children, especially ones as young as Jamie, exaggerated the truth. Likely his parents took him to the pub once a week, and he was just laying it on to get sympathy and a bag of sweets. 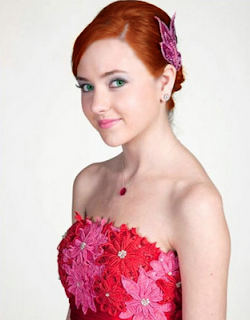 But then she looked into his blue eyes, and he just seemed so troubled that her conviction wavered. Perhaps he wasn't trying it on. Maybe something really was wrong. Jamie was normally such a sweet boy, and didn't make up stories for attention. And he had been notably quieter for the last few days.

She needed to know the truth. She had to be certain. It was her duty to be certain. She couldn't risk taking a chance where a child might be subjected to neglect.

She reached out a hand and touched his arm comfortingly.

"Tell me more about your Mummy and Daddy."

Jamie began to speak, but the words faded away. Images flicked through Esmee's mind. The pictures blurred together like a slide show set at four times the normal speed, making her feel dizzy as she struggled to keep up. For a moment the pain in her head was so intense that Esmee thought she was going to pass out. But then the images took over.

Alone in a dark house as he screamed for his parents. Licking the crumbs from a packet of crisps as his stomach rumbled hungrily. Poking the prone-form of his mother as she lay in front of the T.V, passed out from all the alcohol she'd consumed. Cowering in a corner, covering his face as his father towered over him, fists raised.

Esmee pulled her hand away from his arm, her eyes glassy with tears and her voice choked with emotion. She'd seen enough.

What she'd seen certainly correlated with the incidents she and Margaret had recorded, and explained why he never wanted to go home at the end of each day.

But even with the written evidence Esmee knew she had to tread carefully. It was still only her word against his parents. The notes in the record book were open to interpretation. Even if Jamie opened up about what was going on at home, it was a lot for the authorities to believe.

There was another choice, but that would mean Esmee admitting what she suspected she was capable of. It would mean finally facing up to what she was. And if the newspaper reports about the PID were anything to go by, that could end badly. 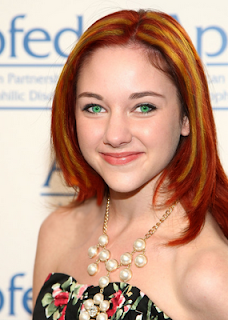 It was the right thing to do though, especially if it protected a defenceless child.

"Jamie, I'm going to go and fix you some dinner, okay? Then I'm going to call someone to help, to make sure you don't have to go home to bad things again."

Jamie beamed, burst into tears and threw his arms around Esmee's neck.

One of the best things about working with children was that they never asked awkward questions, like how she had known bad things had happened to him, and simply accepted the help they were offered.

"Thank you," he said, placing a wet kiss on her cheek. That's when Esmee knew she was making the right choice, especially if it protected Jamie.