I is for Incubi (and Succubi)

Thank you all for yesterday’s comments on H is for Hoarfrosts. I continue the A-Z today with;
I is for Incubi (and Succubi) 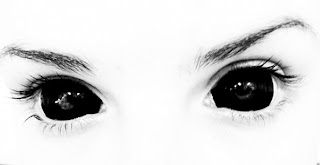 Incubi and their female counterparts Succubi are a form of daemon offspring; created many thousands of years ago in the same way vampires and werewolves were.

Whereas some prenatural entities feed on blood or life-force, Incubi and Succubi feed on sexual energy. Their true forms are hideous winged beasts, but they use Glamours to appear as attractive males or females in order to lure victims. They’re also able to enthral victims, like Liches can.

While other entities, like vampires, will kill their victims, Incubi and Succubi don’t; keeping them alive for many years, completely enthralled, to use as sex slaves and sometimes even to produce offspring from.

Though Incubi and Succubi are vanquished with the silver-obsidian alloy Reverard, before they can be killed, their true form must be revealed by breaking the glamour and enthrallment. Once their victim is no longer under the Incubi or Succubi’s control, only then can it be stabbed with a Reverard blade.

The following is an Ancile Suppressor’s first-hand account with an Incubus.

The wolf was late. I was meant to be liaising with the pack alpha to discuss them helping us with a band of outlaw wolves who’ve been roaming the area.

Instead, I’m sitting in this grotty pub, sipping warm larger and watching the hour hand inch closer to eight. Tonight was meant to be my night off, and I was going to the new cocktail bar in town with some old Uni friends. I should have known by now, life in the Ancile never offers a break.

I watch the door, my foot twitching impatiently, when it swings open. I focus my gaze, hoping it’s the alpha. It isn’t, but I’m certainly impressed and intrigued by what I see. He’s tall, tanned and muscular with short dark hair; dressed in an expensive suite. What is someone like that doing in a place like this?

He crosses the floor, stepping carefully as though afraid to tread on something disgusting, and approaches the bar.

“Excuse me,” he says, his voice heavily accented. “I was hoping you’d have the number of a local garage? I’m not from around here, and my car has broken down.”

“You can look it up yourself,” the barman says, throwing the Yellow Pages onto the bar top.

“Thanks. I’ll have a glass of your finest whisky while I wait, with just a little ice.”

I see the barman look the newcomer up and down, as intrigued by his fancy clothes as I am.

Before I turn back, I can feel a pair of eyes burning into me, and know the man in the expensive suit is looking at me.
I face him and raise an eyebrow. “Yes?”

“Please excuse the cliché, but I’m just wondering what a lovely lady like yourself is doing in a place like this?”

A very uncharacteristic giggle escapes my lips – I should have taken that as the first warning sign something was very wrong.

“Can I get you a drink while you wait?”

“That would be lovely, thank you.”

He orders me a glass of expensive white wine without even asking what I drink. Normally I’d have protested for a number of reasons, but all the excuses escape me. Warning sign number two that I’ve missed.

We chat … well; he asks me a million details about myself. Details I’m more than willing to spill. Why weren’t the alarm bells ringing?

He seems as entranced by me as I am by his dark, brooding eyes.
We continue getting to know each other, his chair creeping ever closer to mine, so we end with our knees toughing, as he waits for the repair man to arrive.

Once his car is fixed, and the mechanic has been paid, the handsome stranger makes me an offer. “Would you like to accompany me back to my place, so that we can get to know each other?”

“I’d love to,” I reply, almost giddy with excitement.

Taking his hand, we stroll out of the pub and start walking towards his car. We’re almost there when I hear a low, threatening growl to the left of me.

“Get away from her.”

I turn to see Markus, the alpha I was meant to be meeting, staring at my new friend. His amber eyes are narrowed, and his shoulders hunched as through ready to pounce.

“Markus, what’s wrong?” I can’t understand why he seems so enraged by my male companion.

“That thing. Get away from it. It’s an Incubus.”

“What? Don’t be stupid.” I turn to my friend, to tell him how silly Markus is being, and that’s when the illusion breaks.

I see him in his true monstrous form. Almost seven foot tall, with rippling muscles and grey skin. Folded on his back are black, leather-like wings. He is completely hairless, and his eyes are like orbs of onyx; devoid of sclera. The most terrifying part is his smile though; a wide mouth full of pointed teeth.

Before I had chance to withdrawn the concealed weapon I always carried with me, Markus had transformed and jumped on the Incubus; pinning it to the ground. With Markus’ teeth at its throat, the Incubus clawed at him.

I race towards the fight, pulling out my dagger and plunging it into the creature’s chest.

“That was close,” Markus says later as we drag the body to his car. “A few more minutes and you’d have gone with him.”

“Is it the first time you’ve encountered an Incubus?”

“No, but it’s been a number of years. I thought I lot of them had fled the country.”

“They had. This is something to tell your boss when you get back to HQ.”

“Agreed. So, what kept you tonight?”

“Yeah, sorry about that. We had a problem with one of the pups. It’s all sorted now.”

“I suppose it worked out for the best. If you hadn’t been late, we might not have caught this Incubus.”
------
Check back tomorrow for J is for Jinn, and if you're interested please check out my personal blog's entry I is for (The)Immortal Nicholas Flamel.