U is for [the] Ursula Genome

Thanks for all the comments of T is for Tasha. Today I bring you a look into the science behind witches, and an explanation of the what gives people their abilities in U is for [the] Ursula Genome.
Enjoy.

"What causes magic?" This wasn't the first time Nola had asked the question, but before she hadn't gotten more than a vague answer because her grandmother had been too busy assessing everyone's powers. 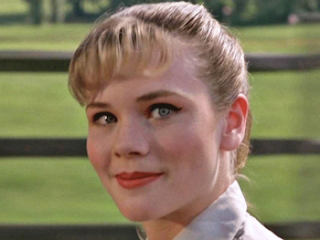 "Do you want the scientific answer? Or the supernatural answer?"

Betty smiled and gestured towards the computer. "That's what I was hoping you'd say."

Once the computer had loaded Betty called Sebastian over, and asked him to hack into the PID's system so they could access the archives. The mention of accessing the archives drew Maggie's attention, and she came to see what her grandmother and sister were doing. Gradually, other members of the coven became intrigued, and soon all thirteen of them were gathered around the computer.

"Here, that video there," Sebastian said, pointing to the screen.

Betty clicked on the clip he'd motioned to on the monitor and it began to play. 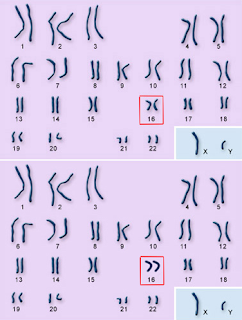 The same woman from the Arcane Abilities Alignment Centres video was featured, and the backdrop behind her was identical, making it obvious the footage had been filmed at the same time.

"In nineteen-fifty-five the world as it was then known, changed forever.

A Simple fifteen year-old girl was discovered to be able to do extraordinary things.

That girl was Ursula Langley. The first recorded witch.

It was soon discovered Ursula wasn't alone, and as the government tested the extent of
her paraphysiological abilities, other teens were found with similar capabilities.

Soon the government knew we were in the dawn of a new era, and era where miraculous things were possible.

What caused this change in evolution lay in Ursula's very genes, as studies on her DNA showed that Ursula, and likewise other people with above human capabilities, were in possession of a mutated sixteenth chromosome. This became known as the Ursula genome.

The Ursula genome altered the owner's genetic make-up and DNA,

making them a separate species than that of human beings. This new species are capable of beyond human feats, such as moving objects with their mind, or changing their physical appearance at will.

Extensive tests were carried out on those possessing the Ursula genome, though nothing could be found to explain how or why the mutated chromosome came to exist. All that was known was that the anomaly was genetic."

The video ended, and everyone gathered around the computer were quiet for a moment. Betty broke the silence by saying, "What the PID overlooked was the Astral Plane, and all life forms' connection to it.

"The Astral Plane is a dimension, parallel, but also beyond our own, that is made up entirely of energy. It is this life force that flows into earth, and every living thing on the planet possesses in varying degrees. It's also what causes our dreams, as our subconscious shapes this energy into visions. 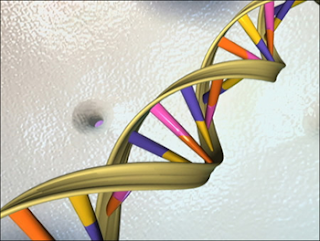 "Some humans develop a mutated sixteenth chromosome due to an increased flow of energy. It is this combination of extra energy and the 'Ursula genome' that allows a witches to shape and channel their energy into their ability."

"What dictates what ability a person has?" Maggie asked.

"As far as we can tell it's genetic. You're likely to have an ability similar to that of someone from your direct familial line. If not a parent then perhaps a grandparent. Others have also speculated that your ability is directly connected the flow of energy from the Astral Plane, and how that energy is shaped by your emotions and personality. No one really knows for sure though."