N is for Nola

Happy Monday, everyone! I'm here for week three of the A-Z Challenge. Thanks for all your comments on M is for Maggie. Now that you've seen two of the three main protagonists (remember E is for Esmee), it's time to meet my final triplet, Nola. 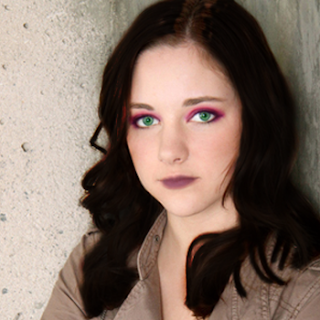 The clamour of the busy shop lined street distracted Nola from her thoughts, and almost made her forget about that morning at work.

She'd be glad to get out of this part of town. The more run down areas made her feel uneasy, but she had to go where her work took her. The dirty street disgusted her. While she herself didn't live in luxury, the sight of bin bags piled up on the pavement and rats scuttling around made her feel sick. Nola found in this area she couldn't turn a street corner without a homeless person begging for money. She had little to spare, without dirty hands grabbing onto her jeans and pleasing for cash.

Nola wanted nothing more than to go home, shower and have something to eat, but first she needed to buy groceries. At least she could afford them now.

'You look prettier with your clothes off,' Jerry had said, his palm sweaty as he had handed over a brown envelope containing notes.

She shuddered at the memory, as she made her way to the supermarket, passing her favourite shop, Spencer's Shoes.

They were having a sale, and there in the window were a pair of purple leather biker style boots that had been top of her wish list for weeks. They were decorated with metal buckles and had platform wedge heels. She had never wanted anything more in her life. They had to be hers.

She stared at them longingly through the shop window.

Nola had been saving for months to buy these boots, and earning money in ways she was ashamed to admit. Her stomach churned as she remembered the look in Jerry's eyes as he had watched her undress. She felt sick as she recalled his lank and greasy hair as it had fallen onto her face while he fucked her. Despite making almost two hundred pounds, she was over fifty pounds short. That didn't include the money she'd have to deduct for groceries, a night out and rent. Not to mention the cash she owed Vanessa. Even though she'd been living off little more than beans on toast for the past month, hoarding every penny she made like a paranoid magpie, her spare income was still sparse. The thought of another meagre meal made her stomach rumble, but the boots were right there.

No, Nola told herself. The boots will have to wait. I'm not having sodding beans for dinner again.

Resigned to the fact the boots couldn't be hers, Nola carried on down the street to the supermarket. Perhaps if she bought a lottery ticket her luck would change.

Nola winced in the pain as she felt a tension headache forming. Working out her finances always gave her a migraine, but she found she was suffering from them more frequently recently. She really needed a night out. And soon.

She picked out enough groceries to fill a basket – including value price instant noodles and baked beans - as well as a small bottle of vodka, then made her way to the checkout, tucking the rest of her money away to give to Vanessa.

"Have you got any I.D?" The cashier said. His feet were propped up on the cash desk and he looked utterly bored as he flicked though a lads' mag, hardly taking any notice of her.

Nola flipped open her purse and found her I.D card was missing. She must have lost it the last time she'd gone out. She shook her head. 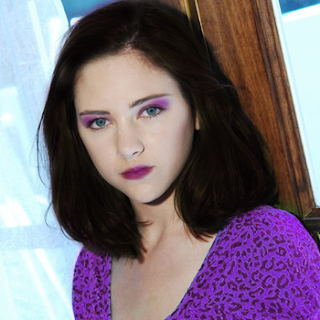 Sneering, he tapped the laminated sign in front of him, which clearly stated it was a criminal offence to serve anyone under the age of eighteen with alcohol, and that those fortunate to look younger than twenty-one would be asked for I.D.

The pain in her head intensified, and Nola screwed her eyes shut for a moment. On the cash desk, the bottle of vodka wobbled and nearly teetered off the edge.

Grabbing her two shopping bags Nola left the supermarket, forgetting all about her intention of buying a lottery ticket.

She walked back up the high street and passed Spencer's Shoes.

Dropping her grocery bags to the floor, Nola pressed her nose against the shop window, her hands resting either side of her head, as she tried to figure out a way she could make the boots hers. She could call one of her clients, she supposed, but was repulsed by the thought of another sweaty body pressed against her own. Once a day was more than enough. She dared not ask Vanessa, she already owed her too much money to think about.

Nola looked down at her battered trainers. They were so shabby, especially compared to the nice outfits she wore to the night club. She wanted to go out this weekend, but not if resembled a tramp.

She turned, noticing the car parked awkwardly, half on the curb half off, and the designer shopping bags on the back seat.

It would be so easy to just break open the door and steal those bags. But she wasn't going to stoop that low. Despite the sleazy things she did to make money, she was no thief.

Nola turned back to the shop window and continued to gaze at the boots. The shelf they were on began to wobble, and her head ached. She assumed a member of staff was cleaning the display and expected to see someone at any second. No one appeared, yet the boots were now trembling. The pressure behind her eyes continued to build. It had been a long day. She was just about to leave, go home and take some painkillers, when something happened that shocked Nola so much she remained rooted to the spot. The boots levitated from the shelf, and before she knew it, they were bobbing in the air towards the window.

Nola backed away, bewildered as to what was going on. She bumped into the parked car then tripped over her shopping bags. Flustered, she scrambled back to the shop widow, fully expecting the boots to crash against the glass and drop at any moment. They didn't.

Before her disbelieving eyes the window shattered as the boots floated out of the shop and towards her, landing directly at her feet, as if she had willed them there.

The glass breaking caused the security alarm to go off and, before Nola could catch her breath and even think about running away the owner came rushing out.

"What the hell are you doing?"

His face was red and a vein on his forehead twitched.

The manager looked Nola up and down, quickly forming opinions based on her appearance. She knew he was making judgements about her shoulder length black hair, probably assuming it hadn't been washed in weeks. No doubt he'd taken one look at her faded black hoodie and thought the rock singer plastered all over the front was demonic. She bet he thought he favourite jeans, frayed and ripped from years of loving use, should have been thrown out some time ago.

"I know your type. You're coming with me."

"Tell it to the police."

The shop owner grabbed Nola's wrist in a vice like grip and Nola dug her heels into the ground.

With more body weight than she had the manager dragged Nola inside.

"I didn't steal them," she said, as he took her downstairs to the staff room. 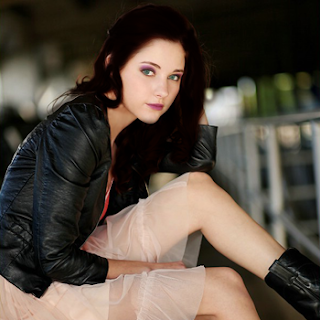 Sitting at a table in the centre of the room was a shop assistant who glared angrily at Nola.

"Yeah right! I was in the shop with Wade and heard you break the window! The boots didn't just magically fly out of the shop, did they?" she said. She was everything Nola despised. Pretty, well dressed, with a great figure and wearing make-up that looked as though it had been applied by a professional.

Nola was torn between envy, loathing and attraction. She pushed all feelings aside, and tried to argue her case once more.

"I'm telling the truth. I didn't break the window or steal the boots. I don't know what happened, but one minute I'm looking at them and the next they're flying towards me."

For a fleeting second an insane thought entered Nola's head. She'd read about something like this happening in the newspaper recently. She pushed the idea aside.

The manager stopped dead in his tracks, as his grip on Nola's wrist slackened a little. He turned to face her. When he did his eyes widened.

Her black hair was standing on end, as though she had been given an electric shock, and her eyes, that had moments before been a green-ish-grey, were now glowing brightly.

The sales assistant bolted from her place at the table and leapt away like she'd just seen a rat with the plague.

Nola easily guessed what the manager was talking about, she'd heard the stories about witches on the news. Given the circumstances, it could be argued she was a thief. She could understand how, from the owner's point of view, seeing her standing before a broken window with the boots at her feet would look suspicious. She wasn't even sure what had happened herself. But implying she had some sort of magical ability was taking it too far. She was nothing. A nobody. 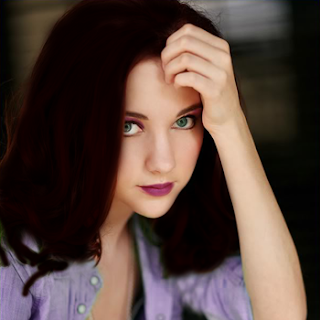 "Don't play dumb with me. I've heard about your kind, exploiting those powers you've got to endanger innocent people like me and my colleague. I'm having none of it. Not in my shop. I'm calling the PID, they'll sort you out."

As the words left the manager's lips, Nola's face fell. Her hair went limp and her eyes returned to their normal hue.

She'd heard about the Paraphysiology Intelligence Division and what they did to witches. Her mind raced thinking what they'd do to a girl like her if they suspected she was a witch. She wouldn't be given a fair trial. They wouldn't care about her side of the story. They'd lock her up and throw away the key.