I'm playing catch up on the WIP Joy Challenge today, as I was sick Thursday and Friday, and didn't feel like posting. 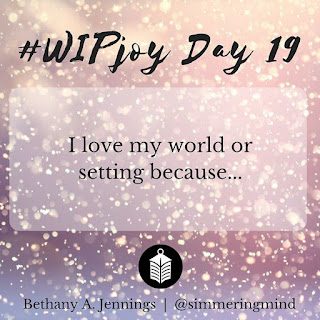 I love my world or setting because it's loosely based on the closest city to me, Birmingham. All my books are based on my loose interpretation of the West Midlands, simply because I know the area so well, as it's easy for me to draw inspiration from real life places. For example, one of Birmingham's biggest spots for night clubs, bars etc. is Broad Street and the surrounding area along the canal. The hotspot became the perfect setting for a TV studio (in fact, I think there actually is one near by or used to be), and because of all the clubs, bars etc. Jade and friends have plenty to do when they're not working. 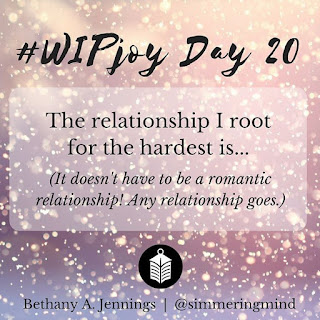 The relationship I root hardest for is Jade and Seth. They are the main characters! I just really want them to work it out, despite all the shit that's thrown their way. Even though there's a gap of twenty-five years between them, I think they're really good for each other, and when people stop selling stories about them to their paper, and Seth's ex-wife backs off, I think they'll be really happy together. 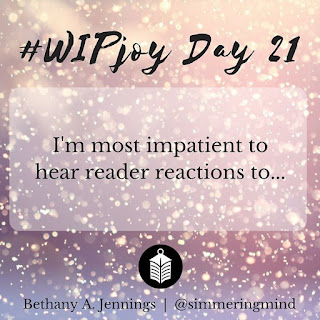 I'm most impatient to hear reader reactions to Seth and Jade's romance, and Seth as a love interest. It's not common in contemporary romance to have a love interest twice the age of the heroine, and I hope people aren't put off by the fact Seth is in his fifties (there's some hot guys in their fifties!).