Flames burn between a hardboiled cop and a gifted artist, but soon extinguish as another man’s obsession ignites into an inferno of desire, driving him to destroy the object of his madness. 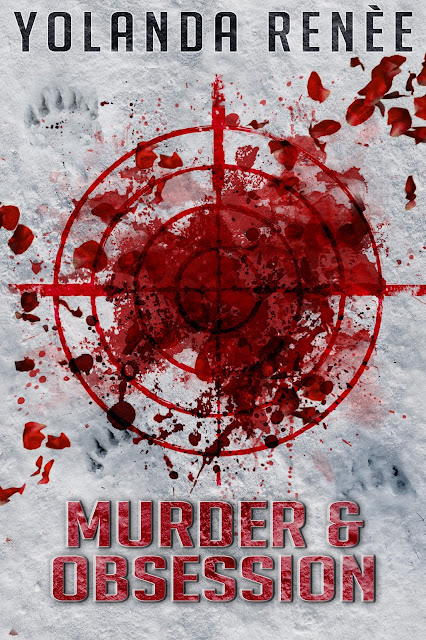 As wedding bells echo like the ring of toasting champagne glasses in the ice carved mountains of Anchorage Alaska, detective Steven Quaid rehabs his grandfather’s cabin into a honeymoon cottage for his new bride.

When he returns from a hunting trip, Steven’s faced with five police officers, who “Want to talk.” Plagued by two unsolved murders, the Department is searching for answers.

The conversation comes to a deafening halt as the team finds a bloody crime scene in the bridal suite. "Where's her body?" is a question Steven cannot fathom.

Steven’s jaw clenches and his heart races. Images of Sarah streak through his mind.

The silence breaks as an explosion of accusations vibrate through every fiber of his being.

Although running is never the smart thing to do, Steven’s not thinking clearly and his escape into the wilderness of the Brooks Range proves almost fatal.

This Steven Quaid mystery is both personal and heartbreaking.

At one time Alaska called to me and I answered. I learned to sleep under the midnight sun, survive in below zero temperatures, and hike the Mountain Ranges. I've traveled from Prudhoe Bay to Valdez, and the memories are some of my most valued. The wonders, mysteries, and incredible beauty that is Alaska has never left me and thus now influence my writing.

Despite my adventurous spirit, I achieved my educational goals, married, and I have two wonderful sons. Writing is now my focus, my newest adventure!

Murder, Madness & Love
After a gritty detective becomes involved with a beautiful widow suspected of murder, rumor and obsession obstruct his quest for justice.

Memories of Murder
World damnation is a psychotic man’s goal, but two obstacles stand in his way, greed and a dedicated detective.
by Clare _ Thursday, January 28, 2016