One of the perks of working for CQ is that I get to read amazing books for free! One of my favourite CQ novels of this year is Destruction by Sharon Bayliss, and I'm eagerly awaiting the arrival of the sequel, Watch Me Burn on January 5, 2015.

As part of her The December People Winter celebration, Sharon agreed to visit my blog, and talk about the Winter Solstice, which as well as being important to winter wizards like the Vandergraff's, is important to me, as it's the date of my youngest's birthday.

To go along with Sharon's guest post, I've also written a review of Destruction, which can be found here.

Traditionally, the winter solstice is primarily a celebration of light, but the dark wizards in The December People Series use this day to celebrate the darkness itself. They are called to "experience" the darkness, and appreciate what the darkness has to offer. Dark wizards are often fighting against what they are, so radically accepting their own darkness is a powerful act. 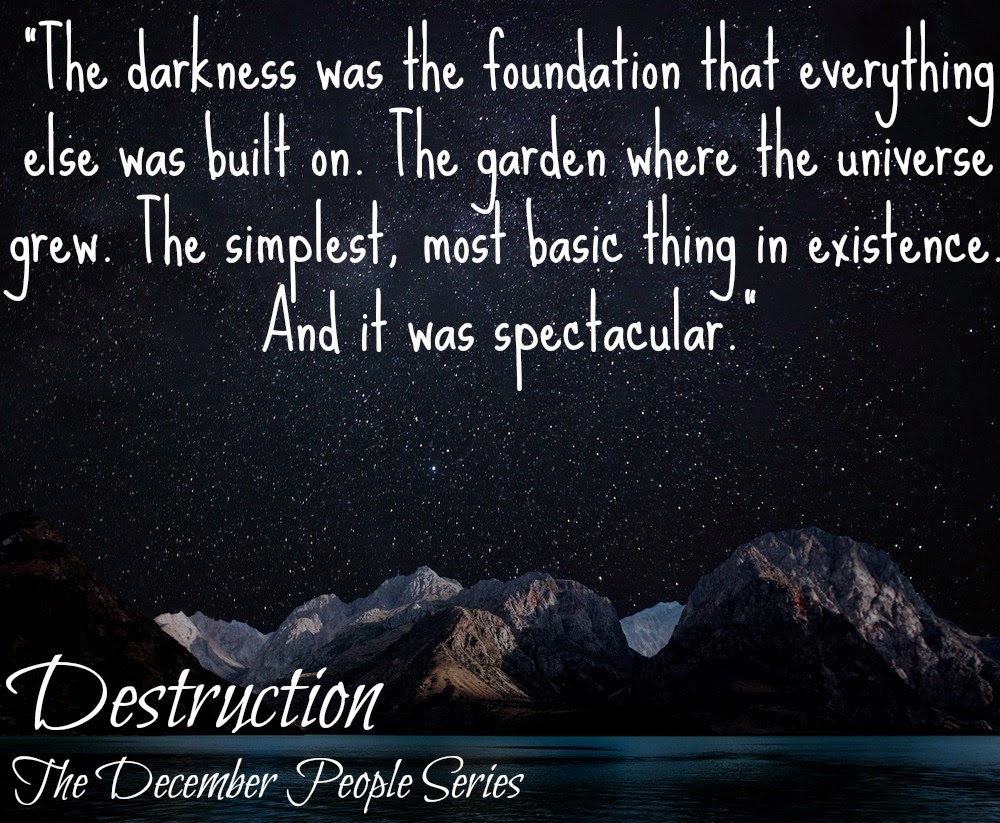 Although most of us aren't having to accept the fact that we're dark wizards, almost everybody could benefit from radical acceptance. Radical acceptance is the ability to experience and accept ourselves and our lives exactly as they are right now. It sounds simple enough, but it's a pretty big deal.

Recently I decided to stop trying to lose weight, and just focus on exercising and eating healthy, without stressing about numbers on a scale. When I made that decision, I realized that I'd never done that before. Ever since I've been fourteen, I've been trying to change my body in some way. I don't consider myself as someone with low self-esteem or body issues, but I was always working toward something. Trying to lose weight. Trying to look good for a summer vacation. Trying to train for a marathon. It was always about what I wanted my body to be in the future, and never what it was right in that moment. Deciding to actually be okay with exactly how I look now was a major change for me. 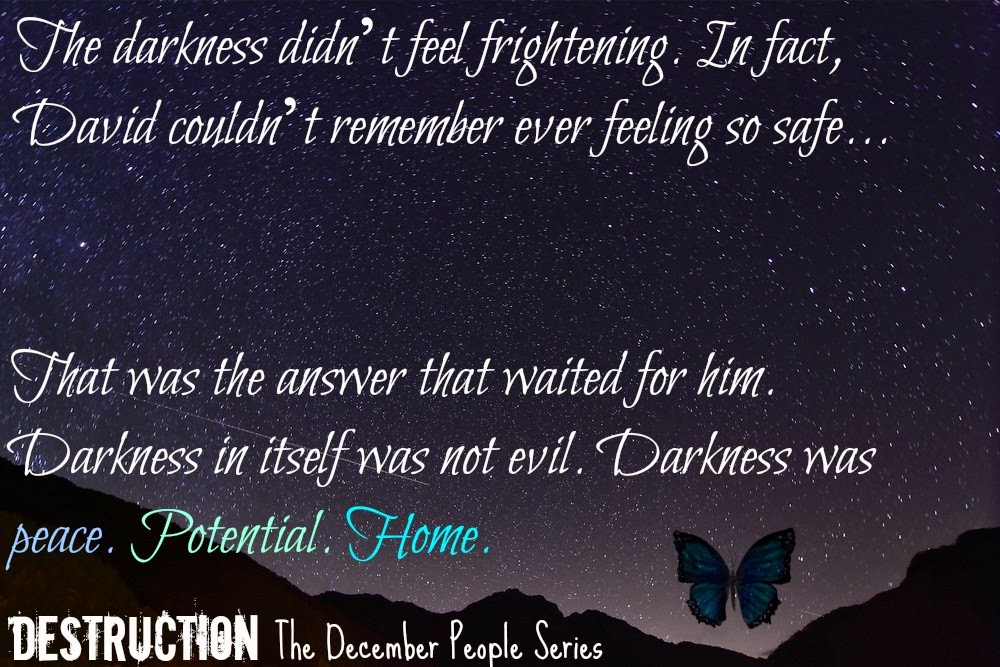 Radical acceptance is not just about your body. It's about living in the present in all ways, and accepting yourself and you life. Being grateful for what you have instead of hoping you'll have more in the future. It can also be helpful for emotional issues. Of course you want to feel better, but it's also okay to not fight negative feelings. You can be depressed and anxious sometimes. You can grieve. You can be afraid. It's only human.

On the darkest day of the year, take a moment to just experience yourself and your life. Keep your head out of the past and out of the future, and appreciate the present.

Sharon Bayliss is the author of the dark wizard family drama, The December People Series. When she’s not writing, she enjoys living happily-ever-after with her husband and two young sons. She can be found eating Tex-Mex on patios, wearing flip-flops, and playing in the mud (which she calls gardening). She only practices magic in emergencies.

Semi-finalist in the Kindle Book Review Awards and #1 category bestseller in coming of age fantasy.

David Vandergraff wants to be a good man. He goes to church every Sunday, keeps his lawn trim and green, and loves his wife and kids more than anything.

Unfortunately, being a dark wizard isn't a choice.

Eleven years ago, David's secret second family went missing. When his two lost children are finally found, he learns they suffered years of unthinkable abuse. Ready to make things right, David brings the kids home even though it could mean losing the wife he can’t imagine living without.

Keeping his life together becomes harder when the new children claim to be dark wizards. David believes they use this fantasy to cope with their trauma. Until, David's wife admits a secret of her own—she is a dark wizard too, as is David, and all of their children.

Now, David must parent two hurting children from a dark world he doesn’t understand and keep his family from falling apart. All while dealing with the realization that everyone he loves, including himself, may be evil.

About Watch Me Burn:

David Vandergraff lost his home, his job, and contact with his oldest son, but remains determined to be a good husband and father despite being a dark winter wizard.

His resolve is tested when a flyer for a missing girl--who happens to be a summer witch--begins to haunt him. David believes a spell needs to use him to save her, so he follows the magic's command and looks into her disappearance. His teenage daughter Emmy resents him for caring so much about a random stranger. But when she uncovers some disturbing evidence close to home, she begins an investigation of her own.

David and Emmy quickly learn that the mystery is not only about a missing girl they barely know, but a deeply personal story that impacts everyone they care about. As their world crumbles, they fear the warning may be true—never mess with summer wizards, because the good guys always win.

Enter to win!! Get a paperback of your choice of Destruction OR Watch Me Burn. International entries welcome. Also join The December People Winter Celebration for more giveaways!!