The Faerie War Blog Tour - Saying Goodbye to a Series 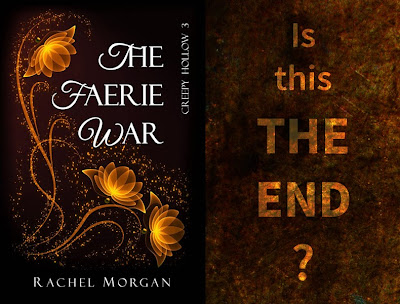 Today I'm delighted to have the wonderful Rachel Morgan visiting as part of her The Faerie War blog tour to talk about reaching the end point of her series, and what achieving that milestone means to her.

Two and a half years ago I finished writing my first fantasy novel. In order to give myself a break from it, I started working on a fun new idea that I wasn't sure would amount to much: the Creepy Hollow series. The series that quickly became my favorite of all the stories in my head (and there are many!). Needless to say, I haven't been back to that first fantasy novel yet. I've been living in the Creepy Hollow world ever since then.

I knew all the major plot points from the beginning. I knew who the bad guys would be, who the good guys would be, who the Guild spy was, who Violet would end up with, and how the series would finish. I've now reached that point. The End. AND IT'S SAD! Do I really want to say goodbye to these characters and this world? I've spent so much time creating Creepy Hollow. I know so much about the characters. Do I really want to give them only three books?

I'm not the only one wondering this. Readers have also been asking if there will be more books. (Yay! Awesome author moment: when people want MORE of your stories!) So here's what I can tell you...

Are there characters whose stories still need to be told? Yes.
Have I planned these stories? In my head, yes.
Am I actually going to write these stories? Not now. Not in the next year. But sometime in the future? Well ... never say never, right?!


Now over to you guys!
What series (book or TV) have you reached the end of
and REALLY wished there was more of? (Ahem, Harry Potter...)

Rachel is currently touring the blogoverse to spread the word about the "final" book in the Creepy Hollow series, The Faerie War. You can find it at the following online retailers (and if you haven't yet read the first two books in the series, you can find out where to get them on this page): 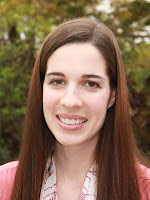 Rachel Morgan was born in South Africa and spent a large portion of her childhood living in a fantasy land of her own making. After completing a degree in genetics, she decided science wasn’t for her—after all, they didn’t approve of made-up facts. These days she spends much of her time immersed in fantasy land once more, writing fiction for young adults.

And don't forget the giveaway! 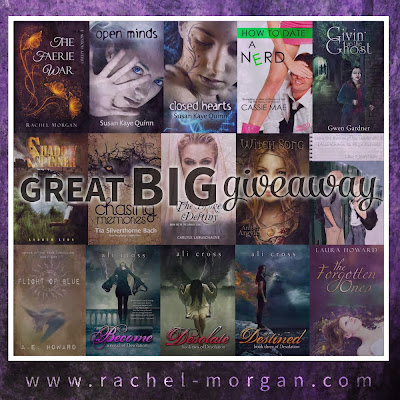