Today the multi-talented Carrie Butler is visiting as part of her Courage Blog Tour, to discuss to topics I find fascinating and think Carrie excels at - marketing and graphic design!

Take it away, Carrie!


Let’s start by making something clear: You are a professional.

It’s true! If you’ve written something for publication, you’ve chosen to represent yourself as such—even when it comes to support tasks. So, imagine this: After years of working on your novel, it’s finally time to do a little promotion. You skim over your social media feeds and notice a growing trend. Teaser graphics are everywhere... and you want one.

Your next move is to spend hours poring over stock sites until you find the perfect image. It would probably be expensive to hire a designer, so you decide it’s best to do it yourself. After all, you don’t know whether or not the teaser will actually help sales.

So, you bring up your favorite photo editor, paste your excerpt, and switch it to a curly font for a little personality. Then you shift the photo’s colors around to make it look artsy. Awesome! You lean forward, anxious to click the button that will plaster your masterpiece all over the—
Crash!

I burst through the window beside your desk—you know, since you don’t have a skylight for me to live out my Batman fantasies—and rush over to your computer monitor. Ignore the glass. Ignore the bleeding. This is a scenario, and we have bigger fish to fry. Let’s take a look at that teaser graphic...

5. Color - Does the color scheme evoke the right emotions? Is it representative of your genre? Take a step back. Do the colors “play nice” together? Should we bust out the color wheel?

Okay, what can we adjust? Where can we create white/negative space to make this more pleasing to the eye? Is the excerpt too long? Does the overall image look balanced?

This plays into the next point. Because this is a teaser, we need to actually be able to read the excerpt. Is it easily distinguishable from the background?

2. Readability - How easy is it to read that font from a distance? If you’re sharing the teaser via social media, it’s probably not going to be huge. Try a few different fonts/sizes (not on the same image), and then ask a friend for their opinion.

1. Odds and ends - Is it fuzzy? Did you buy a stock photo that was too small? Wait. Did you buy a (licensed) stock photo, at all? What about a public domain image or a royalty free texture? There are no hard and fast rules here. It’s okay to play around with things until you have something you’re proud of.


A hiss snaps you back to reality. The room is quickly filling with thick smoke, and I’m making a swift exit. Best of luck with your teaser! :) 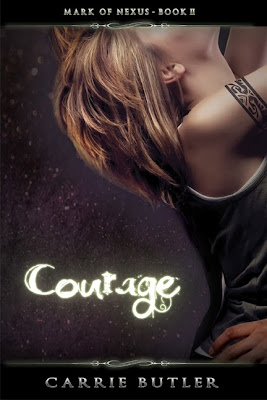 Making a deal with the bad guys wasn’t the highlight of Rena Collins’ semester, but, hey, it saved her boyfriend. Now, in order to appease the human-altering organization known as ERA, she’ll crawl under their microscope while they study the Mark of Nexus and plot their eye-glazed version of the future—until she realizes that’s not all they’re plotting.

Wallace Blake has always known his girlfriend is unlike most girls. But now that information has surfaced regarding the two bloodlines that balance his supernatural race, he finally understands why. Rena belongs to one of them. She’s been augmenting his power, all along...

Enter: Corynn Catley. Brought into the country under the guise of an internship, she’s intended to become ERA’s secret weapon. Kind of. Her abilities cancel out Wallace’s, rendering him powerless, but that’s exactly what he’s always wanted. Too bad it only works when his girlfriend’s not around.

All the while, Rena fails to notice the crush her geeky best friend, Aiden Ross, is nursing. He’d give anything for her to see him in a new light—even reinvent himself through questionable means--but there’s a reason people are told to be careful what they wish for. Finding the courage to tell her could put everyone’s lives in danger. Amazon: Barnes & Noble: The Book Depository: Kobo: Smashwords: iTunes: Sony Reader Store:

Courage (Mark of Nexus #2) is a New Adult paranormal romance that features four unique points-of-view. While the novel stands alone, it is best enjoyed after Strength (Mark of Nexus #1). 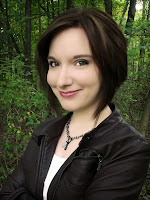 Instead of panicking at the prospect of unemployment, she used her Midwestern logic to steer into the skid and point her life in the direction she really wanted to go: writing out those daydreams.

Her passion for New Adult fiction led her to co-found NA Alley—a widely recognized informational hub for the category.