X is for Xanark Nitrate 43

Thanks for all the comments on W is for William Gallagher.

Today I bring you another science lesson, as we look at the chemical the PID use to control witches. 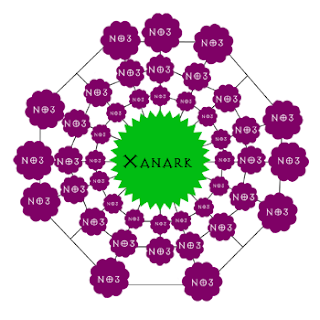 Esmee sat on the end of Sebastian's bed, idly flicking his whip, as Sebastian sat at the other end reading a book.

"How do these things work anyway?" she asked.

"Do you really want to know? Or are you that bored?"

"I really want to know. These whips effect every witch's abilities. While I never intend to be on the wrong end of one of them again, I'd still like to know how they nullify power."

"They're infused with a chemical compound called Xanark Nitrate 43."

"I know I'm not as smart as Maggie, but I've never heard of it. Xanark isn't even on the periodic table."

"No, you won't have. Xanark is a chemical made by the PID. It was combined with Nitrate to replicate the ability to neutralise someone's paraphysiological power."

"You mean there are witches who can do that?"

"Yes, though I've never met one. The PID formulated Xanark early on in their existence as a way to fight witches. I think its conception is what helped them capture William Gallagher."

"Is the Xanark used in just the whips?"

"No, we have stun guns too. Kind of like Tasers, but injected with the chemical compound. And, as you saw from Ciaran, agents carry regular guns too."

"Haven't the PID made Xanark bullets?"

"No, they're still development. Damn it, Es, I shouldn't be telling you all this."

"Oh come on, I'm not going to use this information to do anything bad. You can trust me. It might actually be useful to help us stop Irie, and William if she frees him."

"It'd certainly give us an advantage over them."

"Is that how they hold William too, with the Xanark?"

"Yes. Regular prisoners are kept in standard jail cells. High security cells are treated with the chemical compound. There's a special system that releases it into the air around a certain radius of the cell. Not only does it nullify their abilities but it … erm … also burns the witches skin on contact."

Esmee threw the whip on the floor. "Why would you do that?" 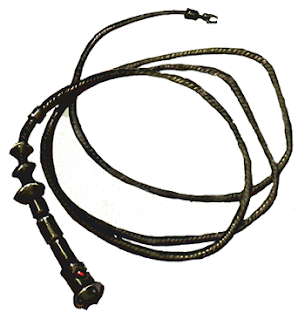 "I'm sorry, I know it's not your fault really. It just seems unnecessarily cruel. I understand having a means to neutralize abilities, but is hurting someone really needed?"

"I agree. It's one of the many reasons I don't regret leaving the PID and joining you."

"Did you ever use your whip on someone?"

"Not to hurt them, no. I nullified a few people in their cells though, when they were getting out of hand."

"Did anyone ever use the chemical compound to hurt my grandmother?"

"Not during any of my shifts. Probably not while I wasn't there, either. Betty was a pretty quiet inmate."
**
A-Z Index.

Please stay turned for my post for the Oh, My Hero! Blog Hop, hosted by Jaycee Delorenzo and Victoria Smith.