W is for William Gallagher

Thanks for the comments on V is for Violet. 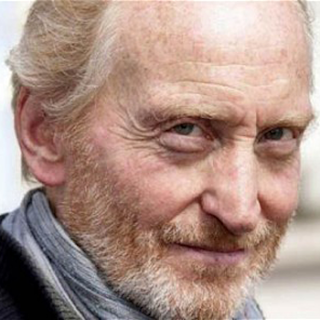 Irie just knew the school assembly was going to be boring. She saw no reason why she was giving up her free after school time for a talk she'd probably heard a million times before.

Casting a sidelong glance down the row of students, Irie caught the eye of her boyfriend Josh and pulled an 'I'm utterly bored' face.

"Can't." Irie nodded her head in the direction of the teacher sitting two chairs away from her.

Josh didn't have chance say anything else, as the stage in the assembly hall lit up, and the Principal appeared.

"Good afternoon Riverbank Secondary," the Principal said. "Today I have the pleasure of introducing a very special guest who is here to talk about a very important topic …"

Irie tuned out the sound of Mr. Llewellyn's voice. The next half an hour couldn't go quick enough.

Half-asleep, her head snapped up, and her attention was caught when she heard her father's name.

She looked at Josh and rolled her eyes. Apparently, her father was the one giving the talk, and it was on his former profession as a PID agent.

How embarrassing, she groaned inwardly.

Her father, the ever stoic former agent, told the school how dangerous it was for witches not to be assigned to a coven, how important the PID were, and that they were always working hard to maintain the balance between those with Paraphysiological abilities and those without.

She could hardly believe his gall. She got it, it was his job. But how could he be so narrow-minded when his own wife and daughter had above human capabilities?

When the assembly was over she intended to give him a piece of her mind.

"What was that?" Irie spat, slamming the car door as she climbed into the passenger seat.

Her father looked less than impressed. "Don't take that tone with me."

"Then don't come into my school and tell everyone how dangerous witches are. Do mum and I mean nothing to you?" 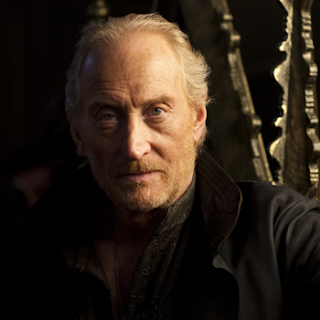 "Of course you do, you silly girl. I've put a roof over your head and food on the table for the past fourteen years haven't I? Just because you're respectable human beings doesn't mean every witch in the world is. You know how important the PID are, they keep everyone in check."

"Yeah, stopping us visiting mum's parents, when Grandma is ill is really important."

"You know there are regulations and procedures to follow. For everyone's safety, including your own, we can't just leave the country whenever we feel like it. The PID need to know where we're going and for how long."

"You go on about regulations and procedures day and night, but all I see is mindless control. You talk like witches are monsters, but I never see it. All I see is mum's coven and some of the best friends she's ever had."

"You were still a toddler in the early nineties, you didn't see the effect people like Hartley had. You're lucky not to be growing up in a world menaced by William Gallagher."

"You throw out these names like they're meant to mean something to me."

For the first time in her life Irie saw her father's eyes flash with anger as he lifted up his shirt to reveal a long silver scar running up the side of his torso. "Does this mean something to you? Have you ever had the skin flayed from your body by a single look, leaving a you spewing blood and wondering if you'll ever see your wife and daughter again?"

Irie looked away and shook her head.

Her father started up the car and pulled out of the parking lot. They drove to the highway, but didn't turn off for home.

"Where are we going?"

Irie's father remained silent and focused on the road ahead.

He drove them into the city, and they pulled up outside a mental hospital. He gained a visitor's pass for each of them at the front desk, and led her to a ward on the third floor.

Alone in a padded cell was a man of about her father's age. His hands were bound so that he couldn't make them reach his body. His eyes were rimmed in red and there were dark circles under them. His hair was thinning and dull, doing little to hide his gaunt face. The smock he was wearing hung off him like rags on a scarecrow. The wounds were clearly visible on his arms. Deep cuts and long scratches, as though he'd been dragged through barbed wire.

"Have you ever had to sit and watch, paralysed with pain and fear, as your work partner is driven to insanity by visions that are all in his head, sent crazy to the point that he's clawing his own skin off?"

"No. That man in there was not only my partner but my best friend too. You will look at him." Her father turned Irie back to face the patient. "I was powerless to help him. He has to spend them remainder of his days bound in this room so that he doesn't kill himself by pulling his skin off. Do you know what it feels like to watch someone you worked with a respected ripping chunks of their flesh off? No one knows what he's seeing in his own mind, but whatever it is, it's terrible." 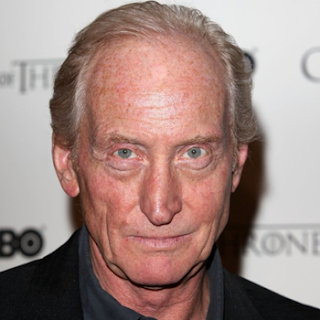 They left the mental hospital and got into the car again. After a short drive they pulled up outside another institution.

Once again they signed in at the reception desk. However before they went anywhere else, Irie's father requested something from the receptionist. She handed him a large glossy portrait.

Irie stared at the picture her father showed her. It depicted a gigantic man, six foot five at least, and as wide as an ox. He wearing the familiar PID uniform, and had a head of thick black hair. An ear splitting grin was plastered on his face, revealing a row of pearly white teeth.

"That's Ron, he was my mentor in the PID. Taught me everything I know."

Irie handed the photo back to her father, and then he led her upstairs. This time the ward was open, and housed six beds. Her father directed Irie to the last bed on the right.

Lying on the mattress was a withered old man. His hair was almost as pale as his skin, which was paper white. Even through the hospital issue night gown Irie could see the man's ribs. His fingers were wizened and twisted. He looked as though the slightest gust of wind would simply blow him away.

"That's Ron. He was hit with a blast of psionic energy that caused his temporal lobe to overload. He started having seizures and eventually slipped into a coma. He's been like this for fifteen years. No one knows if he's ever going to wake up."

Irie had no answer for her father.

"William Gallagher did all these things and more. He was willing to sacrifice his own family to get what he wanted. We fought so hard to catch him. It took us five attempts. The first time is we lost Ron. The second time it was my partner Glenn. I still have nightmares about what he did to me. I wake up in a cold sweat thinking it's blood. No matter what Gallagher did we couldn't give up. No matter how many agents we lost we had to stop him. Do you know what would have happened if we hadn't?"

"Neither me, your mum or you would be here. Gallagher wanted to create a world for people with Paraphysiological abilities only. You and your mother would have been killed for your association with me, even though you have abilities yourselves. That's why my work is so important. We don't just push rules and regulations, we risk our lives to stop people like Gallagher."

Alone in bed that night, Irie thought over everything that her father had said. She tried to picture William Gallagher in her mind. She bet he was magnificent, regal as a king, with power exuding from him. If he could take out some of the country's top agents he had to be special.

The stories her father had told her washed over in her mind. He was bulldozing his point of view like always, using bully tactics to assert his power. Despite the things Gallagher had done he wasn't a monster, he was a hero. He had been fighting for the freedom of witches everywhere. Irie knew fighting for something you believed in meant using any means possible, even if that meant doing things lesser people found deplorable. 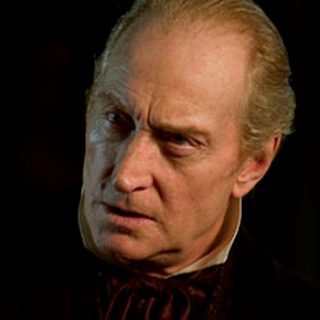 She imagined the freedom she would have if he hadn't been imprisoned. She knew her father was wrong, Gallagher wouldn't have turned his back on people with magical blood, even if that blood was slightly tainted by her mother's marriage. The PID were the ones who cast people away because of genetics. Witches stuck together, because they were all in the same boat; oppressed by society.

The world would be a better place with Gallagher still in it. She wouldn't have to downplay her abilities, or endure the teasing of her class mates. She could see her grandparents whenever she wanted, without having to follow 'procedure'. Her dad wouldn't raise a hand to her because she'd failed to live up to his ridiculous expectations.

In the darkness of night, fourteen year-old Irie made a vow. One day she would free William Gallagher and restore him to his former glory.