M is for Maggie

Hey everyone! Hope you're all enjoying your weekend. Thanks for the comments yesterday on L is for Luke.

Today, on day thirteen of the A-Z Challenge, I'd like to introduce you to one of my three main protagonists, Maggie, and present you with the opening chapter of my novel. 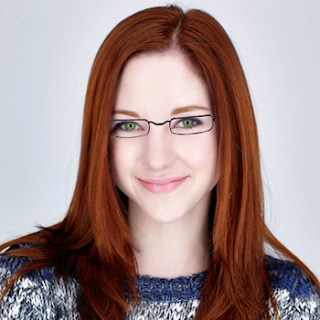 Maggie entered the café, glad to find it relatively quite despite the rush of customers. Her migraine was still pounding, but she needed to study. Going to the library after biology class had been a terrible idea. Everyone had been chatting loudly, and she couldn't understand why Mrs. Robinson, the librarian, hadn't thrown them out for making so much noise.

Maggie approached the counter and the waitress greeted her with a cheery smile.

"Sure thing. I'll bring it out when it's ready."

Maggie hopped up onto one of the stools at the counter. She didn't like sitting at the little tables, she found being perched by the counter was quieter.

She took out her biology textbook and a packet of painkillers. She knew her father wouldn't approve of her taking more paracetamol so soon, but the ones she'd taken two hours ago had done nothing to ease her throbbing head. She swallowed them down dry, the pain too intense to wait for her drink to arrive.

"Look at that arse. That's one fine arse."

Maggie's temples pulsed and she pressed her fingers to her forehead. She knew she should go home and rest, but her biology exam was tomorrow and she didn't want to let her father down. He was so proud that she wanted to become a doctor like him.

Maggie loved crossword puzzles. She would have gladly joined the woman who was sipping tea if she didn't have so much studying to do.

The waitress arrived with Maggie's lunch, and placed it on the counter in front of her.

"There you are. That's four-forty-five, please."

Maggie took her purse from her college bag and handed the waitress five coins.

The waitress beamed and toddled off.

Maggie's eyelids twitched, and she willed the painkillers to kick in.

Now that her lunch had arrived, Maggie found she wasn't all that hungry. She pushed the salad aside, took a sip of her juice and stared down at the pages of her text book.

The letters swam in front of her. She couldn't focus long enough for them to make sense.

'Surely a man of that age doesn't need to comment aloud on his food.' 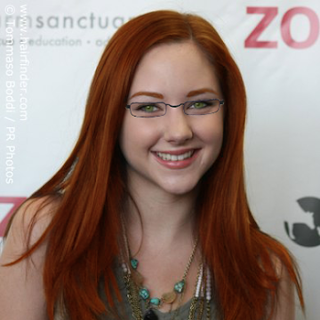 Maggie wondered how the waitresses put up with all this inane chatter. The café had been quiet when she'd entered, but now everyone was talking.

Her head ached and her vision blurred. Had the optician made a mistake when he'd fitting the new lenses in her glasses last week?

"Ohhh baby you're my world. Ohhh girl I love you for eternity. Ohhh darlin' if you'd only be with me. Oh honey I'd give you everything … Ah, AJ's voice is so dreamy."

'Oh great! Now someone's signing, badly, to the radio. And really, do we need a running commentary?'

Trying to block out the noise, Maggie picked up her textbook. Her hands were clammy and shaking and it slipped from her fingers.

Why couldn't she just get a little bit of peace and quiet?

'This is just getting ridiculous! I need to study!'

"SHUT UP! Just everyone shut up!"

The café floor shook as Maggie screamed at the other patrons. Her glasses shattered and slipped from her face. She clutched desperately at her head as tears streamed down her cheeks.

The room blurred and her vision darkened. Her eyelids twitched and her head exploded with pain.

A concerned waitress rushed over, as Maggie went deathly white and collapsed to the floor.

Maggie slowly blinked open her eyes. She squinted at the harsh overhead lights stinging and compounding the pain in her head.

She was on the floor with the waitress leaning over her with concern.

Her tongue felt thick and her head was groggy. It was like the morning after the Christmas father had allowed her to drink a glass of wine with dinner.

"I think you had some sort of fit. You were holding you head, and screamed for everyone to shut up. Then you just collapsed."

"The noise. So much noise. How do you stand it all day?"

"If you think that was loud you wouldn't want to be in here when all the builders knock off. Here, why don't you have a glass of water. The ambulance will be here soon."

"Poor girl, putting so much pressure on herself. She'll end up killing herself if she keeps on like this."

"How much I study is none of your business, thank you very much."

Despite Maggie's mumbling the waitress looked taken aback. "I … I'm sorry. I didn't think I'd said that out loud."

Embarrassed the waitress stood and walked away, going to check if the ambulance had arrived.

Alone now, Maggie tried to work out what had happened. Her head hurt so much, it felt like her brain was trying to force its way out of her skull.

Even though some of the customers had left, their chatter seemed louder than before.

The man in the far corner was still reciting French as he slowly stirred his cappuccino. Did no one else think he was insane practising marriage proposals aloud in a café?

It felt like an excruciatingly long five minutes before the ambulance came to a screeching halt in the car park.

The paramedic entered the café and quickly surveyed the scene.

Looking completely bewildered the waitress met the paramedic's gaze and said, "Honestly, I don't know. It was the lunchtime rush, we were filled with customers. This girl came in, ordered a ham salad and a glass of orange juice, and sat there while she flicked through this book."

"I can speak for myself, thank you." 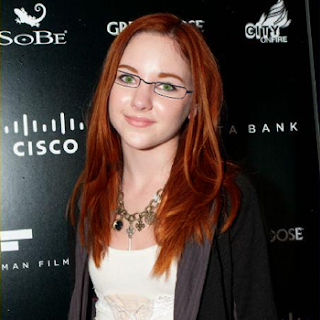 Maggie blinked and snatched up her copy of Advanced Biology as the paramedic approached. He knelt beside her, opened his medical bag and withdrew a penlight. He monitored Maggie's pulse, before pulling back her eyelids to look at her pupils.

The waitress continued to waffle, "No one was talking because they were busy eating. The only sound was the clatter of cutlery and the radio. Out of nowhere she stood up and yelled at everyone to shut up. She looked crazed, probably like I do when I have a migraine and the kids are screaming. It was really weird. The whole room shook when she shouted. Then she just collapsed."

Maggie looked between the paramedic and the waitress. Was the woman crazy? The noise had been unbearable. She wanted to tell the paramedic this, but she couldn't find the words.

She opened her mouth to speak and her head protested in agony.

"This is the second case in a fortnight. The college needs to realise what pressure they're putting on their students."

"This has nothing to do with the college!"

The paramedic was startled. "I didn't say that it did."

"Maggie Brennan. But what's that got to do with anything?"

The paramedic took in Maggie's coppery hair that was tied into a loose pony tail, and her green eyes.

"Yes. Is my father on duty? Take me to him and he'll sort all of this out."

"Okay. But you need to get checked over by someone else too."

"Sure. Just take me to my father please." 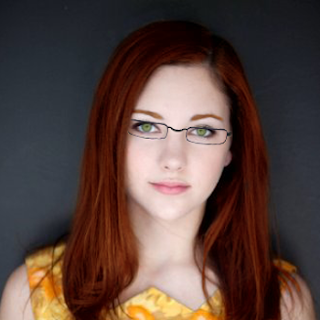 The paramedic helped Maggie to her feet, and as he did so she noticed the name badge pinned to his chest. According to the plastic plaque he was called George. The waitress scrambled on the floor to retrieve Maggie's broken glasses, then handed them to the paramedic.

When Maggie was safely loaded into the ambulance George turned to the waitress.

"Thanks for calling us. You actions today have probably saved her life."

"It's too early to tell. Given that you called us right away her chances are good."

The waitress said a silent prayer as she watched the ambulance drive away.

Inside the ambulance Maggie slipped out of consciousness once more.