Proof Copy of My NaNo Novel

I bet you all thought I'd forgotten about this place, didn't you?

In between real life, and other projects and hobbies, I have been working on my novel.


I managed to get the grand total up to 69,340 words; which includes the prologue and fifteen chapters. And then that's where I stopped, even though the story was incomplete. I stopped writing the first draft because in the months since I began Destiny's Road a lot of my ideas for the novel have changed. Ad and I discuss the story a lot - he's an awesome sound-board for ideas - and I came up with new ideas for the background and beginning of the story. It seemed pointless to continue writing when some of the fundamental plot had changed in ways that would effect the story later on.

And so, I began the process of editing the first draft. I didn't do too much re-writing, as I first want opinions on what did and didn't work. I just tidied up spellings and grammar, as well as formatting, and hopefully caught any glaring plot holes.

Let me tell you, the editing process was a bitch. Especially the formatting of it, and converting it to PDF format for printing. Not to mention designing a cover, and making sure it was the right dimensions for printing.

But its all done now, and today my proof copy arrived in the mail. It looks awesome.

Seeing an actual printed book with my name on the front and my story inside is an amazing feeling.

Its also the motivation I've needed to want to get going with the second draft.

I've been thinking a lot about self-publication, online publication and other such things recently. I know a lot of people are doing it, and making profit from it too. And while its something I might consider for some of the other novels I'm working on - all in various stages of completion, from planning outlines, to re-writing around seven chapters worth - having a print of my NaNo novel has just confirmed for me that I don't want to go down that road with this book.

Even if it takes me years, and multiple re-writes, I want Destiny's Road published professionally. I want an agent, and to see my book on the shelves of bookshops world wide.

Having "proof" copy here in my hands makes me not want to settle for anything less. I know it's going to be a long process, involving a lot of hard work and rejection, but it will be worth it, and I'm not giving up until this novel is publish.

So there you have it.

My next step is to send the first draft - along with some notes on my intended changes - to a select number of trusted friends, and ask them for their opinions on the story. I want to know what did and didn't work. How the characters are coming across, and if they're flat. Places I can improve on, and anything else really that they think will help the story. I want ultimate honesty, and I'm going to insist to them that I'm not going to be offended if they turn around and say, "Well actually, you know, this part was kind of crappy.". I'll actually be more offended if they don't be honest with me, to spare my feelings, and then an agent/ editor picks fault with something I could have possibly fixed or changed.

I'll leave this post here now, and finish off with the photos of my "proof" copy. I can't seem to put it down. Its like a wonderful treasure I've just discovered. 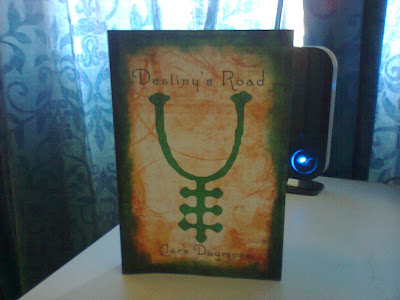 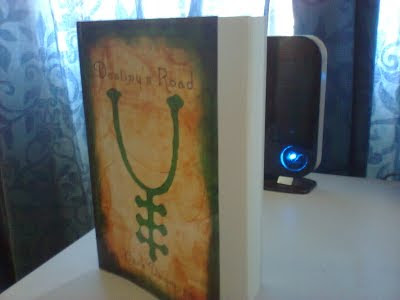 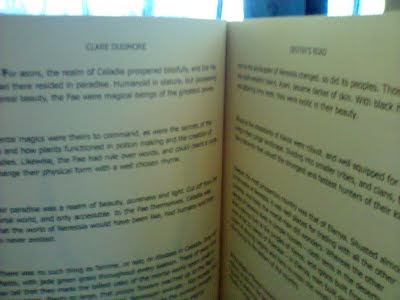