D is for Davi Silva 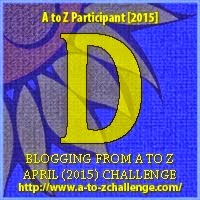 Thanks to everyone who stopped by and visited my C is for Change post yesterday! Hope you've enjoyed the first week of the challenge.

Today, for letter D, I have a character profile for one of the secondary characters in All It Takes, Davi Silva ...

Davi Silva (45) is the owner of Silva's gym, where Kian trains. He's a former boxer, turned gym owner, who trains the MMA fighters in the area. 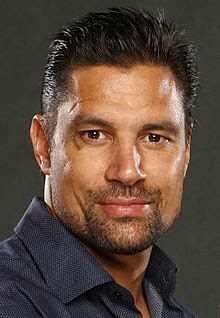 He's also Kian's closest friend and confidante, and one of the few people who treats Kian fairly; he doesn't put up with his bullshit, but at the same time doesn't always expect the worst from him, either. He lets Kian get away with some of his more roguish behavior, but that just means that when Davi is being serious about something, Kian will listen.

Davi is twice married, his second wife is Emilia is the love of his life. Although he and Emilia have no children together, Davi has two daughters from his first marriage: Catarina (18) and Bianca (16). He's a family man, and Emilia and his girls are his world.

And for anyone interested in an A-Z Challenge based on the literary world, with writing, marketing and publishing tips etc. head on over to Curiosity Quills Press. Today author and acquisitions editor Vicki Keire is writing about Death and how NOT to kill off fictional characters.

Hope everyone has a wonderful Easter, and I'll see y'all on Monday for the letter E!
Until next time,