A day I've both been excited for, and dreading, has finally arrived. Christine Rains reveals the cover the final book in her amazing 13th Floor Series, and we finally get to find out who the mystery seventh tenant is!

So, without further ado, the sixth and final book in the 13th Floor Series. 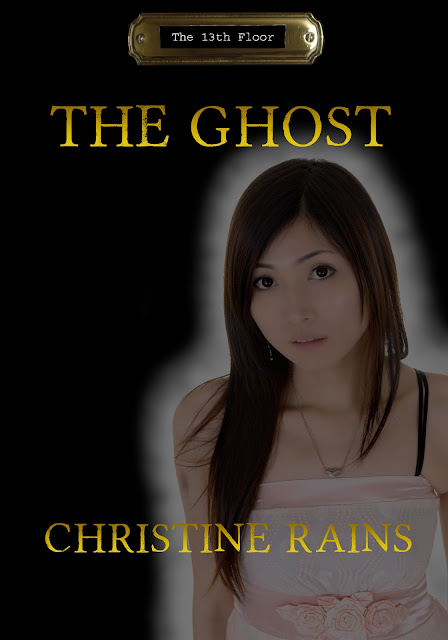 Chiharo Black lives with six supernatural tenants in a haunted building's mysterious thirteenth floor. Of course, no one knows she's there except the cats. Being a ghost can be a bit frustrating and lonely, but it isn't as bad as her mother made it out to be.

Until another ghost intrudes on her territory. Jeremy Emerson wants revenge on the vampire that killed him and won't stop until he has it. To top it off, a nightmarish shade sneaks in and leeches the energy from the building's residents before setting its sights on Chiharo and the thirteenth floor. She can't decide which one is more frightening: the one wanting to eat her soul or the one who might win her heart.

Chiharo must convince Jeremy to stand with her against the hellish parasite. If they cannot work together, the greedy fiend will not only drain their energy but everything that supports the thirteenth floor's existence.

Christine Rains is a writer, blogger, and geek mom. She has four degrees which help nothing with motherhood, but make her a great Jeopardy player. When she's not writing or reading, she having adventures with her son or watching cheesy movies on Syfy Channel. She's a member of Untethered Realms and S.C.I.F.I. The 13th Floor series is her first self-published series. She has seven novellas and twenty-one short stories published.