K is for Kitsune

Thank you all for yesterday’s comments on J is for Jinn. I continue the A-Z today with;

K is for Kitsune 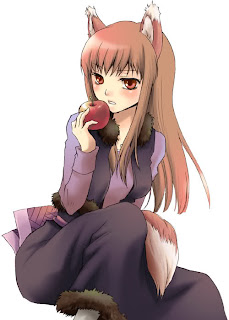 Originally from Japan, the Kitsune is a mischievous shape-shifting spirit that often takes the form of Vulpes/ Foxes, or dazzles pursuers by appearing as an attractive member of the opposite sex. Although, even when in human form, often Kitsunes give themselves away by retaining the bushy tail associated with foxes.
With a fondness for shiny objects, and the ability to create illusions and glamours to alter their appearance and surroundings for a short time, Kitsunes often turn to a life of crime. While in the mortal world, cat burglars such as Charles Peace are notorious, in the prenatural world of the Ancile, Kitsunes are the most well-known sneak thieves.

Often, Kitsunes are also highly trained in Ninjutsu, espionage and subterfuge, making tamed Kitsunes excellent spies and double agents. In the last thirty years, these skills have been greatly utilised by the Ancile, who formed an agreement with a local skulk of Kitsune many of whom are now in the Ancile’s employ.

The following is from the record book of Ancile Suppressor Gregory Mayweather, detailing his tracking, and subsequent subduing of one of the local Kitsune, which lead to the above mentioned coalition.

I’ve been following my target for a month now. I’m sure she’s the one. I’ve seen her take many guises in the last thirty days, but always some details remain the same. Whether she is a wealthy socialite, hardworking factory employee, or a prostitute in dire straits, she always has russet hair, wears a pendant with – what I assume is – her tribe’s symbol on, and has to hide the bushy tail that gives away her true form. This in itself is a clue that she’s quite inexperienced.

Today, arms loaded with grocery bags, she portrays the struggling housewife. I’ve seen this routine before. When a wealthy, but kindly looking, individual approaches, she will drop one of her plastic bags, spilling the contents. As the passer-by bends to help her, the target will discreetly lift their valuable items. Then, with her groceries returned, will run to catch the bus; now anywhere between tens and hundreds of pounds richer.

The difference is, today, I’ll be the unsuspecting wealthy do-gooder. I’ve switched my usual combat gear for an expensive suit, and a copy of The Times under my arm.

The hunter has become the hunted.

She sees me approach, and right on queue drops her bag, spilling oranges all over the pavement.

“Here, Miss, let me help you with those,” I say, bending down to pick up one of the fruits.


I hand the orange to her, and our eyes lock. I know what she is. Disturbingly, it appears she knows what I am too.

“Thanks.” She hastily scrambles to her feet, the rest of the fruits forgotten. “I’m going to miss my bus.”


She takes flight, and I pursue.

Knowing if she gets on the bus I’ll have her cornered, my target drops her grocery bags and runs to the adjacent alleyway. There, out of sight of the public, she changes form. The illusion cast aside, the small red fox rushes behind the bins of a restaurant, and scrambles under the gap in the gate.

I’m hot on her tail, weaving between dumpsters. I shed my tie, jacket and newspaper as I go, springing towards the chainlink fence and hoisting myself up and over.

In the few moments it takes me to make it to the other side, she’s changed again. The glamour is back, and she’s slowly strolling down the street dressed in designer labels and expensive shades. What she doesn’t realise is that I can see through her – see the tell-tale signs of who she is.

Keeping at a safe distance behind I trail her slowly, and that’s when her mistake becomes obvious. Running to escape me, she’s headed into a part of town she’s unfamiliar with, and has walked into a cul-de-sac; I have her cornered.

I approach calmly, keeping my body language as inoffensive as possible.

“I can help you, if you’ll let me,” I say gently. “You won’t have to live on the streets and steal for your food.”

The mention of a change in life slows her, and her amber eyes lock on mine.

“For real. I’m part of an organisation that can offer you security and support as you learn to control your gifts. You could even be taught to hide that tail.”

Looking sheepishly at the red fox tail, she nods her head and smile. “Okay,” she says taking a small step towards me.

In the months and years that followed, Emilia McKay became one of the most useful members of the Order, utilising her unique skills to fulfil the role of Suppressor and help neutralise many dangerous prenatural entities. She has recently married a fellow member of the Order, and they’ve just had their first child, a daughter named Sarah, who is already exhibiting Kitsune abilities.

------
Check back tomorrow for L is for Lich, and if you're interested please check out my personal blog's entry K is for (The) KingkillerTrilogy.