T is for Tasha

Final full week of the A-Z Challenge, and as we come towards the end of my A-Z of Sibylline Nights, I'd first like to thank everyone who read and commented on S is for Sebastian. Your continual support is greatly appreciated.

Now onto today's post, where I'd like to introduce you to one of the final two coven members, Tasha. 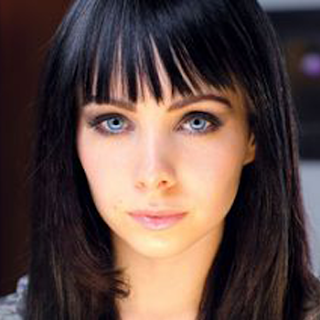 With only two members of the coven left to ask about their abilities, Betty turned to one of the two remaining girls. She had black hair cut in a striking bob, and streaked through with pink.

"I can teleport various distances. The furthest I've gotten is about ten miles."

"Can you take anyone or anything with you when you teleport?"

"I've never been brave enough to try and teleport another person with me. I'm scared it'll go wrong. I can take small objects with me, if I have physical contact with it, or if the object's in my pocket."

"That will suffice for now. Soon we'll begin developing all your abilities, and we'll see if we can increase what you can do with your teleportation. So, how did you come to the warehouse? I think it's a safe bet that whatever force is drawing everyone else here drew you here too. But what did you do before that? How did you discover you were a witch?"

"It happened about a year ago. It was just Mum and me on our own, Dad left when I saw a baby. We were struggling for money, and Mum couldn't work because she had depression. I offered to get a job, but there wasn't much out there because of my age. Eventually one of those massage places took me on … you know, those places they have hidden away and are kind of dodgy?

"They never made me do anything I didn't wanna though. It was just massaging people, mostly fat old guys. It was kinda creepy, but it paid the bills."

Tasha played nervously with a strand of pink hair, avoiding making eye contact with the rest of the coven.

"I just got on with it. I separated work from the rest of life. All that mattered was we could pay the rent and afford groceries. It helped Mum, too. Without the pressure of having to get a job she started to get better.

"Everything was fine until Douglas Parsons came." 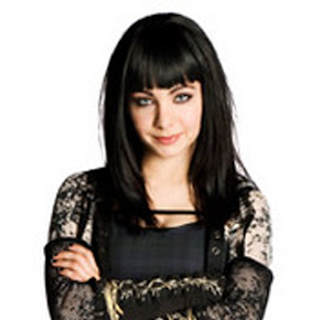 Tasha nodded. "The very same. He was a complete letch. He came into the parlour looking for a massage and 'something more'. As soon as he saw me I couldn't shake him. He became my best paying client, having a massage from me at least once a day, sometimes more. He was a great tipper, so I kinda overlooked what a creeper he was.

"After about a month of him coming in, things turned nasty. We're not meant to be alone with clients, in case things get out of hand, but that week we were short staffed. Courtney, the girl who usually assisted me, was having some issues with her boyfriend and stop coming to work without giving anyone any notice. When Parsons came in, the owner Pam, said I shouldn't massage him alone. I couldn't turn down the money though, the cable bill was due that week. I told Pam I'd risk it, and she said she'd stick her head in the room whenever she could.

"The look on Parsons' face when I told him it would just be him and me, you'd have thought Christmas had come early. I reminded him of the rules of the parlour, and that he wasn't to touch me. He nodded, stripped off and climbed onto the table.

"About half way through the massage I felt his hand on my arse. I didn't make a big deal of it. I just moved away out of his reach. He didn't take the hint though. Five minutes later, he sat up and tried to grope me. I pushed him off and said that's not how I worked.

"I can still remember the look on his face when he said, 'Sure it is. All you girls are the same. Don't worry though, I'll pay you a little extra.' I backed away telling him I wasn't like that, and that he should leave now. He didn't listen. He pressed me against the wall …" Tasha broke off and shuddered.

"Fucking perv," Nola said. "I hope you kicked him in the nuts!" 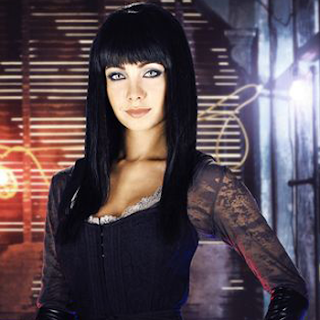 "I wanted to, but I was too scared. I was scared of what he'd do to me if I didn't sleep with him, and I was scared of losing my job if I fought him off. I felt his hand slide up my body, and grab my boob, so I screwed my eyes shut, and then suddenly I was in my bedroom. I had no idea what had happened. One minute I was in the parlour, the next I wasn't. I was still trying to figure everything out when Pam phoned. She sounded half hysterical. Apparently Parsons wasn't happy with me turning him down and vanishing. He'd reported me to the PID. Pam said she'd tried to put him off as long as possible, but he'd forced her to give me her address, threatening to have the parlour closed down if she didn't.

"In a panic I grabbed the money I'd hidden away. I always put a little bit aside and hid it in a shoebox under my bed. I split the money in two, giving Mum most of it. I quickly packed some things in bags, and dragged her out of the house. We went to the train station and I said I needed to go away for a while, but I was sending her to my aunt Val's. Mum thought it was a holiday, and when I told her I'd be back as soon as I could, she went along with my plan without question.

"I bungled her onto a train to Aunt Val, and then got on a train going in the opposite direction. I figured she'd be safe enough with her sister, and I could put some distance between me, Parsons and the PID. I planned on going to Aunt Val's after about a month. I figured by then everything would have calmed down.

"For a month I lived on the streets, using the money I'd brought with me to make sure I had at least one meal a day. When I thought enough time had passed I caught a train to my aunt Val's. Val was furious when I arrived. She said the PID had contacted her, and harassed both her and Mum about my whereabouts. The stress of me disappearing, and the PID hunting me had caused Mum to have a breakdown, and she was currently in psychiatric care. Val told me to get the hell out of there, and never show my face again. She said I'd caused my mum nothing but trouble, and that I was a waste of space."

"What a bitch! None of that shit was your fault. Family sucks."

"I was devastated, so I ran from the house, with no idea where I was going to go or what I was going to do. I'd spent the last of my money on train tickets to my aunt's. 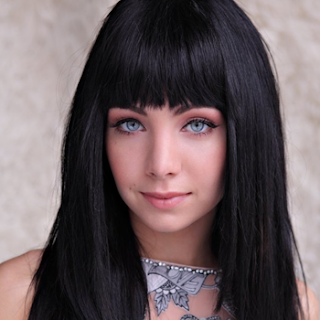 "I wondered about my 'ability'. I hadn't used it since that one time at the massage parlour, but now that I was desperate I thought about it again and wondered if I could somehow get myself back to the underpass that had been my home for the past month.

"Screwing my eyes closed, I concentrated on the underpass, and thought of having somewhere safe to return to. When I opened my eyes, I wasn't at the underpass. I wasn't at the end of my aunt's street, either. I was in this industrial unit. Violet was outside when I appeared, and once she'd gotten over the shock of seeing me materialise out of nothing, she invited me in."

"That's very interesting indeed. You weren't just drawn here by some sense of security, it seems as though your ability brought you here."