Once More With Feelings 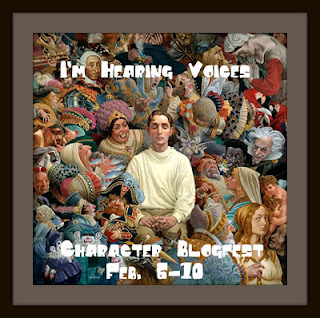 Happy Friday everyone! I'm here for the final part of the "I'm hearing Voices" blogfest.

But before we begin, I'd once again like to say thanks to to Cassie Mae and Angie for hosting the blogfest.

And also thank you to everyone out there who read and commented on Wednesday's Post. Your words of encouragement mean a lot to me, and were greatly appreciated.

Finally, welcome to my new followers, it's lovely to have you here.

I'll be back later today with a non-blogfest post updating about my WiP. ^_^

As I did on Monday and Wednesday I'm 'cheating' a little and doing the challenge for all three of my main protagonists as it seems really unfair to leave out any of my girls. ;)

Today, however, due to time constraints I'm lifting scenes straight out of Sibylline Nights. Enjoy. 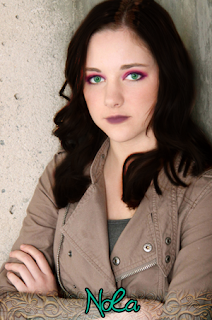 "I'm sure whatever Esmee did or didn't do she only did it out of love and concern for you."

"Love and concern? Don't be so naive Maggie. We've known each other for less than six months. There's no love here."

"You're our sister, our blood, of course we love you."

Maggie reached out across the table and tried to take Nola's hands in her own, but Nola snatched them away and shoved her hands in the pockets of the black hoodie she was wearing.

"Why? Because we just happened to pop out from the same woman at the same time? I was in that care home for sixteen years and neither of you looked for me. How's that for love?"

"I looked for you. Mother and Father searched as hard as they could to help me find you. Father even used his contacts at the hospital but nothing we did turned up any results."

Nola rolled her eyes and scoffed incredulously. "Mother and Father. Ah, how lovely for you. Well while Doctor Daddy was asking his contacts at the hospital I was selling my body so I could afford to eat."

"We would have helped if we had known, Nola. We didn't want that life for you."

"That life? You mean the life where I met Naima? Some shitty things might have happened to me before I found out I had these powers, but I still had people who cared about me." 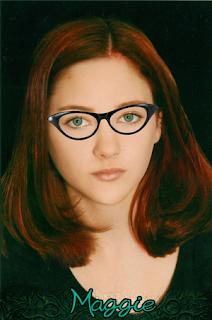 "I need some air. Fancy taking a walk with me, Maggie?" Esmee asked her sister.

"Sure. It has gotten pretty hot in here," Maggie replied, casting a nervous glance in Quinn's direction.

"Okay, spill. What's going on between you and Quinn?" Esmee asked as soon as they were outside.

"Quinn and I what? Nothing? No. He's nice. We're researching wolves. I like his cat. Nothing is going on."

Maggie nervously played with the buttons on her jacket.

"Yeah right! You luuurve him!" Esmee said in a sing-song-voice.

"No. Why would I have? Its not like boys are ever interested in me. You and Nola got all the good looks."

"Oh Maggie, please don't ever think that about yourself," Esmee said embracing her sister tightly. "You're gorgeous, you just have to believe it. And besides, looks aren't everything. What counts is you're a good person too. Quinn obviously thinks so or he wouldn't be spending so much time with you."

"I'm helping him summon a wolf, that's all!" Maggie insisted, feeling self-conscious, she took off her glasses and pretended to clean them with the hem of her jumper.

"There's more to it than that. Anyone here could help him with his summoning. He's close with Yuri, and he isn't helping Quinn summon a wolf. I think that's just an excuse to spend more time with you."

Maggie looked at Esmee as though her sister had just suggested they rob a bank. What Esmee was suggesting was insane. Boys didn't look at her in that way. Did they? 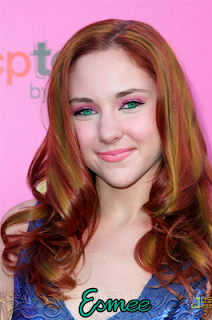 "Esmee, you look exhausted. Did you get any sleep at all last night?" Sebastian asked.

Esmee had been woken up in the middle of the night by a bad dream about her parents. Unable to fall back asleep she had gotten up to make some hot chocolate, and had walked past Sebastian's bed.

He'd been tossing and turning in his sleep, muttering something about Gemma. Esmee didn't know who Gemma was, but the way Sebastian had called out her name in his sleep almost broke her heart.

She'd remained by his bedside until it seemed as though his nightmare had passed and he slipped back into a more relaxed state. By that time Esmee had forgotten about her own bad dream, and no longer wanting hot chocolate had crawled back into bed.

"Not really," she confessed. "I just … well … my parents. I miss them so much. I think it would be better if I knew how they were. If I could see they were coping with the grief of losing me."

"Perhaps I can look on the Champions' mainframe. They usually remain in contact with families who's relatives go missing while at the facility."

"Of course. If it helped set your mind at ease. I'd do anything to see you smile again."

Esmee rewarded Sebastian with a small grin and his blue eyes sparkled in response.